Match preview ahead of Leeds United's game with Millwall at Elland Road this weekend.

Leeds return to the stadium of misery this weekend after two shambolic home performances were followed with an improvement away to high-flyers Burnley last time out.

United couldn't hold on for a point though and are without a win since February 8th, having lost four of six. Luckily for Brian McDermott, Millwall's form has been just as bad, if not worse with Ian Holloway's men losing five of their last ten, picking up only one win.

Despite losing 2-0 in the reverse fixture, Millwall aren't the bogey team they once were for Leeds and the Whites are looking to record their fourth home win in a row against the team from South Bermondsey. 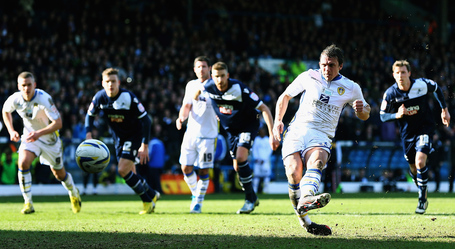 Former captain Rodolph Austin could well be missing for the clash with the Lions this weekend as he continues to suffer from a knock. Jimmy Kebe has a hamstring injury and won't feature but otherwise, Brian McDermott has no new injury worries.

Ian Holloway will be without Shaun Williams who received his tenth booking of the season last time against Charlton.

Meanwhile Danny Shittu has been ruled out for the season and sits alongside Jermaine Easter (thigh), Richard Chaplow (achilles) and Lee Martin (Knee) in the treatment room. 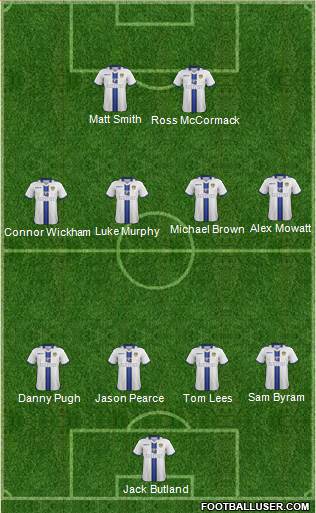 Given that United improved last weekend against, I would expect to see a similar set-up. I think Michael Brown will come in for the injured Rodolph Austin and I don't see that as a problem, Brown has performed well when called upon this season. Lets see what Brian thinks.

Hopefully the presence of Vinnie Jones at Elland Road tomorrow can instil some much needed fight into the Leeds United team. With Millwall fighting for their lives at the bottom of the table, you can be sure that they will be up for a fight, they always raise their game against us anyway. We have to win this one really, no more excuses. I'm going for a 1-0 Leeds win.