It's back to action as Leeds United are once again televised this weekend as they face QPR at Loftus Road. The Sky Cameras were at the Riverside last weekend to capture a true classic as the two sides recorded a 0-0 draw with the Whites failing to muster a shot on target.

Despite losing 1-0 in the reverse fixture at Elland Road, United have a good record at Loftus Road and haven't lost there in their last five visits. QPR's last win in this fixture came in 1994 when it was a Premier League fixture.

Brian McDermott's men actually go into this game as the form side having only lost one of their last five, while QPR have not won any of their last four and have lost the last three.

New loan recruit Connor Wickham is likely to be given his Leeds debut at Loftus Road. Paddy Kenny remains sidelined which means Jack Butland will continue in goal for the Whites after the on-loan Stoke man impressed during his debut against Middlesbrough last weekend.

Sam Byram and Tom Lees both missed the game at the Riverside but could be back to face The Hoops.

Harry Redknapp will be without Joey Barton as he completes his two game ban. Andy Johnson (ankle), Matty Phillips (ankle), Charlie Austin (shoulder) and Danny Simpson (ankle) will all be missing for the home side. 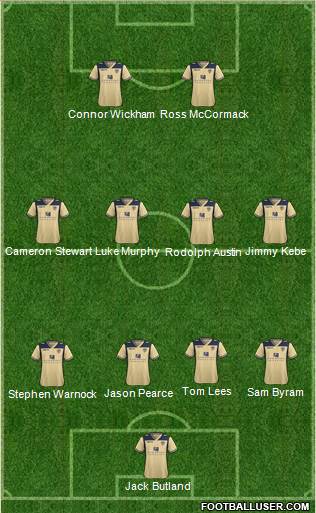 United look less likely to make the play-offs week after week and with only 15 games of the season left, Brian McDermott's men could very shortly find themselves with nothing to play for. Despite not being in the best form, QPR is sure to be a tough away day for the Whites but it would be typical of Leeds to travel to London and get the win. I think that we will do just that and I think we will nick the game, 1-0 Leeds.