Match preview ahead of Leeds United's clash with Blackburn Rovers at Elland Road.

United saw a 5 game unbeaten run come to an end at Nottingham Forest on Sunday and Brian McDermott will be looking for his side to put that right against Blackburn on New Years Day. United managed a late equaliser at the City Ground through Ross McCormack but the home side retook the lead straight from kick-off, much to the astonishment of the travelling Leeds faithful. 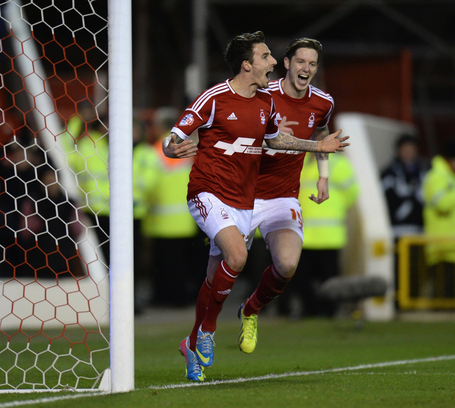 Rovers are another side that the Whites have recently lost to away from home but with it being over 10 years since Blackburn last gained all 3 points at Elland Road, Leeds will be hoping to make it 8 games unbeaten at Elland Road.

Ross McCormack was replaced after his goal on Sunday due to a tight hamstring and could face a late fitness test for the visit of Blackburn.

Paddy Kenny was on the end of a bad challenge from Greg Halford on Sunday against Forest but Brian McDermott is hopeful his number 1 will once again be between the sticks.

"Paddy did well to get through the game on Sunday. He obviously took that tackle really early on in the game and his ankle was swollen up and we weren't sure if we'd get him out for the second half.

But he did and he did fantastically well, he couldn't kick the ball but in the second half they didn't really trouble us, apart the guy that smashed it in the top corner.

So we are hopeful on Paddy."

Alex Mowatt has missed the last two games but could be involved on New Years day.

For the visitors, Todd Kane (thigh), Corry Evans (ankle), Paul Robinson (back) and Dickson Etuhu (ankle) are all unavailable for selection.

There may be better news on Josh King (back) and David Dunn (hamstring), however manager Gary Bowyer faces a wait for news on their availability. 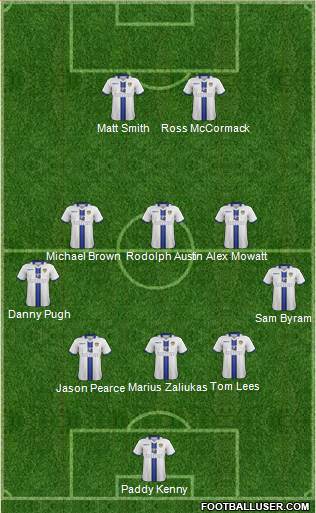 I think Paddy Kenny and Ross McCormack will be passed fit and start the game. I think the time is right for Sam Byram to return to the team in place of Lee Peltier. This is going to be an unpopular view but Michael Brown performed better than both Luke Murphy and Rodolph Austin on Sunday in my opinion and deserves to keep his place despite the imminent return of Alex Mowatt. I've kept Austin in the side merely because he is captain, otherwise he would be out of the side as well.

This game can't be any worse that the fixture we saw at Elland Road last New Years Day. A Luciano Becchio penalty was enough to see off Bolton in one of the worst games of football I have ever seen. Despite not getting it right away from home, McDermott seems to have found the right formula to play at Elland Road and I expect to witness another victory tomorrow. Yes, Leeds are going to get back to winning ways in front of another bumper crowd.