Match preview ahead of Leeds United's game with Burnley at Elland Road.

United are back at Elland Road this weekend following a frustrating 1-0 loss away at Reading during the week. Brian McDermott thought he had earned a point back at his old club only to see the super sub he brought to Reading break United's hearts with a winning goal in the dying embers of the game. 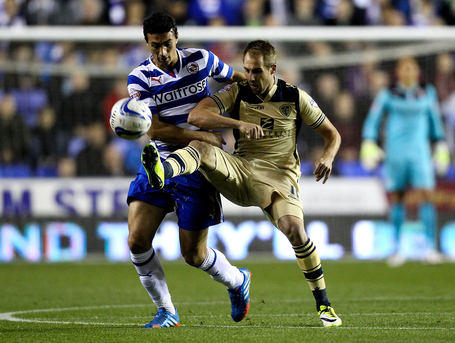 Fortunately though, the Whites don't have to wait too long to put that right as Burnley travel to LS11 looking to firm up their position in the top six. United can go level on points with their Lancashire rivals in fourth should they manage to take all three points from the game.

Stephen Warnock was sent off during the defeat to Reading and with Adam Drury nursing an injury, Aidan White is set for his first League start of the season. Speaking of Aidan White's opportunity, the manager had the following to say:

"Aidy did well in pre-season and we're trying to nail down his position.

We've had a good conversation and he wants to play left back.

There's been talk of him going away from here, but Aidy has been here since he was nine-years-old and he really wants to play for Leeds United, and I said I would give him every opportunity to do well.

He's done well in the Under-21s at left back so I spoke to him on Friday morning and said ‘I'm a man of my word, it's over to you.

I know the fans will get behind him, he's a Leeds boy, and he's Leeds fan. I want him to help him and I want him to do as well as he can possibly do."

Lee Peltier remains a doubt after picking up an injury at Bolton last weekend which could mean a first appearance of the season for Sam Byram. However, Byram may have to make do with a place on the bench with Tom Lees continuing to deputise at right back.

Ben Mee is available for selection for the visitors after recovering from illness. Sean Dyche almost has a full squad to choose from with Ross Wallace (knee) the only man unavailable. 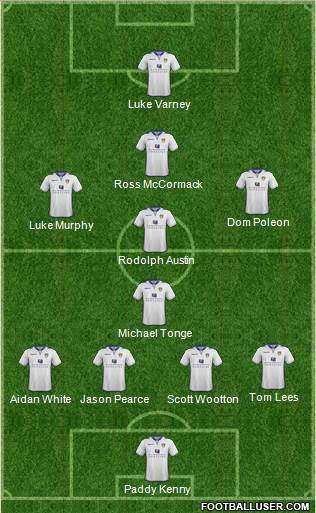 Personally I would start with Poleon rather than Hunt. White will come in for Warnock and I think Lees will continue at right back.

Although it is early days, technically this is quite a big game for Leeds. Following the result in midweek, another negative one here and United could start to fall behind. However, with a win, we can get ourselves right back in the mix at this early stage and in fact be level on points with our opponents Burnley, who sit in fourth. It will be another tight affair I think but I am backing Leeds to get the win this weekend. 1-0 Leeds.