Brian McDermott's Leeds United side travel to Ipswich looking to make it five League and Cup matches unbeaten so far this season. Ipswich have won their last four home games against Leeds and United have only managed a single point in their last six visits to Portman Road. Town have only won two of their first four League games once in the last five years though and Leeds' 0-0 draw away to Leicester in their opening away fixture of the season will give the side the encouragement they need to get something against Mick McCarthy's side.

Paul Green was substituted at half-time last week after picking up a knock in the first-half. The Ireland International has shaken off the injury in time to face Ipswich but after a number of disappointing performances could be replaced by Michael Tonge in the side. 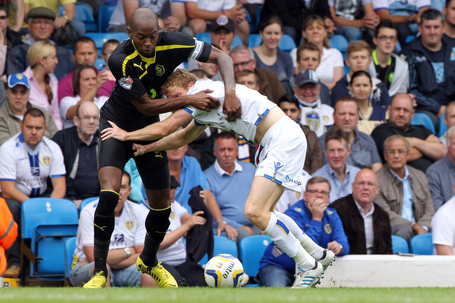 El-Hadji Diouf continued his encouraging comeback from injury when he came through 90 minutes in a development squad fixture with Barnsley.

The United gaffer made his fourth signing of the summer this week in the shape of former Manchester United youngster Scott Wootton. Wootton is likely to go straight into the squad but may have to make do with a place on the bench as the pairing of Tom Lees and Jason Pearce at the heart of the Whites defence has so far seen the club unbeaten.

Tyrone Mings is out for the hosts as he continues to struggle with a knee injury. It is unclear whether Cole Skuse is fit for the visit of United after the midfielder, like Paul Green, was replaced at half-time last week with an injury. 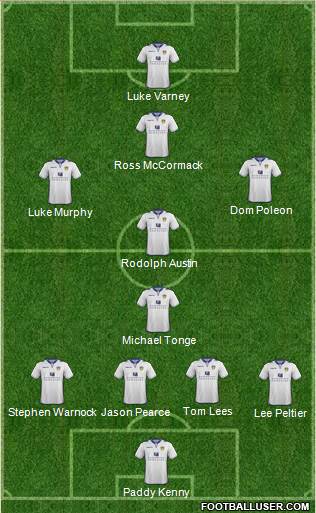 I think Michael Tonge will start rather than Paul Green but I think that will be the only change to the side with Diouf and Wootton having to put up with a place on the bench.

United normally struggle at Portman Road and haven't finished a game there with eleven men for some time. I have a feeling though that we are going to put up a fight there this year and I think we are going to pinch a result. 1-0 Leeds.