Match preview ahead of Leeds United's first game of the 2013/14 Championship season at home to Brighton.

It's that time of year again and the regular football season is back. Brian McDermott kicks off his first full season in charge at Leeds United with a game against Brighton. The Seagulls were the last team to visit Elland Road at the end of the last campaign and since then they have parted ways with Gus Poyet.
United's recent record against Brighton is poor with the Seagulls remaining unbeaten in the last five meetings. Leeds will be looking to record their first win against Brighton on home soil since October 2008. Two goals from Jermaine Beckford and a Luciano Becchio effort helped Leeds earn a 3-1 victory.
Team News:
Last season's golden boy Sam Byram is set to miss the start of the new year with a hip injury. The youngster has missed the whole of pre-season with the injury and it is still unclear when he will return to action.
El-Hadji Diouf, who has also been out with an injury this pre-season, is suspended along with Rudy Austin after the pair were sent off in a feisty affair with this weekend's opposition last time out at Elland Road.
Meanwhile Luke Murphy, Noel Hunt and Matt Smith could all play some part and make their debuts for the club.
For the visitors, Craig Mackail-Smith has been ruled out until September with an ankle injury. There are further injury concerns for new boss Oscar Garcia as summer recruit Adam Chicksen will be unable to make his debut because of injury. Will Hoskins is also out with a knee injury.
One To Watch:
Midfielder David Lopez has recently agreed a one year deal contract extension with the club following a successful debut season with the Seagulls. Lopez scored nine times from midfield last campaign and the goals, which included a free-kick against Crystal Palace (voted as goal of the season) were an integral part of the club's push for the Play-offs. Lopez started his career with Osasuna B in 2001 before he was later promoted to the first team. Athletic Bilbao then spent a reported £6 million on Brighton's number 21 in 2007. Now the Spaniard has his future sorted, he will be looking to once again be one of the driving forces behind Brighton's push for promotion. 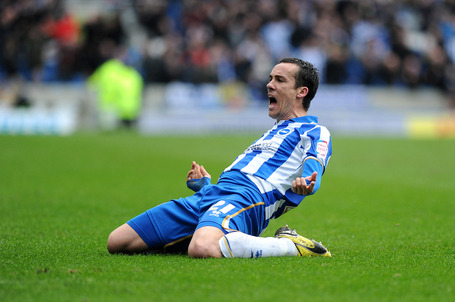 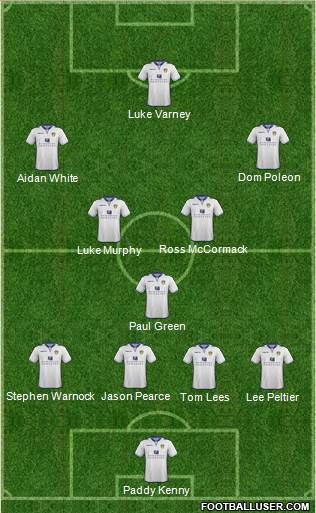 I think this is the personnel that the manager will go with but just how they will line up is anyone's guess.