Match preview ahead of Leeds United's trip to the Valley to play Charlton Athletic.

Well it's all change at Leeds United once again and the club start life after Neil Warnock. Neil Redfearn has begun his second period in caretaker charge at the club in a slightly worse position than the one which Simon Grayson left for him just over a year ago. Redfearn must guide United to a couple of wins to ensure the Whites don't once again slip into League One. United could do with a repeat of the result at the valley in 2003 when a Mark Viduka hat-trick helped earn Peter Reid, who was in caretaker charge at the time, a 6-1 victory. Charlton come into the game full of confidence though after coming back from 2-0 down to defeat Bolton and then grabbing a great point away at Brighton on Easter Monday.

Neil Redfearn has no fresh injury concerns ahead of his first team selection back in charge. Tom Lees serves the second game of his three match ban though following his dismissal at Ipswich last weekend.

Dominic Poleon returned to the club following his loan spell at Sheffield United and may take his place on the bench. Ross McCormack is pushing for a recall to the starting eleven following his goal on Monday against Derby County.

There are no new injury worries for Chris Powell either following his side's goalless draw with Brighton. Leon Cort is still out with a knee injury though and midfielder Danny Hollands has a fractured metatarsal.

United's defenders have a long standing problem with big, powerful front men. That is exactly what Charlton possess in former Stoke striker Ricardo Fuller. Despite only having four goals to his name this year, Fuller, who has also had spells at Southampton, Ipswich, Portsmouth, Preston, Hearts and Crystal Palace, will be looking to improve on that when Neil Redfearn and his team arrive in London on Saturday. Fuller became a fans favourite at his last club Stoke where his physical style of play was much appreciated. Lee Peltier and co need to get to grips with it if they are to keep a clean sheet at the Valley and help steer United away from relegation. 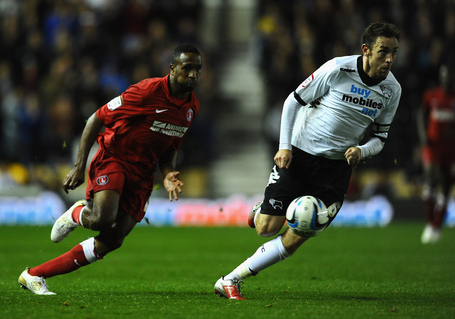 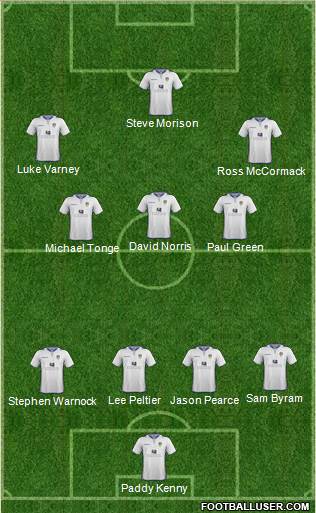 I don't see Redfearn making too many changes to the side. I think Ross McCormack will be back into the starting eleven with Chris Dawson missing out following his debut against Derby on Monday. One other change could be the formation though. We could revert to a 4-4-2 with McCormack and Morison up front and Varney and Green out wide.

Due to United's abysmal run of form, this match has been become incredibly important. If we lose at the Valley, we will be below Charlton and be seriously getting sucked into the relegation battle. Charlton come into the clash on the back of two good results against Bolton and Brighton and will be looking to take advantage of Leeds' terrible run of form and no doubt lack of confidence. It's going to be tough, and Leeds are going to have to really want it and I'm not sure they are capable of that. I'm going to predict a Charlton win in the hope that I am completely wrong. 2-1 Charlton.