Match preview ahead of Leeds United's final home game of the season against Gus Poyet's Brighton.

It's almost time to wrap up another disappointing season for Leeds United. Brian McDermott is preparing his side for their penultimate game of the season and the last in front of their own supporters this campaign. Gus Poyet's Brighton side are the visitors to Elland Road and a win for his side would ensure that Brighton will take part in this years end of season play-offs. United might be ending the season in disappointing fashion once again but with Watford away being the last fixture of the campaign, the Whites can still have a say in who goes up this season.

Brian McDermott reported that Adam Drury and Rodolph Austin had picked up slight injury knocks ahead of the game with Brighton. Otherwise, McDermott has no other new injury worries as he looks to end the Elland Road season on a high.

Lee Peltier is pushing for a recall after returning to action last weekend against Birmingham as a second half substitute.

Gus Poyet has a fully fit squad to choose from. Former Manchester United shot stopper Tomasz Kuszczak was substituted in the second half of Brighton's 6-1 victory last weekend but is expected to play his part.

Brighton striker Ashley Barnes has hit 9 goals so far this season in all competitions and celebrated coming back from a lengthy ban last weekend with a brace. The front man, who's 18 goals helped the Seagulls gain promotion from League One to the Championship in 2011 will be hoping to make it into double figures at Elland Road this weekend. Barnes started his career at Plymouth but it has really been kick started since the 23 year old joined Brighton after the Somerset born front man initially joined the club on loan from Plymouth in 2010, he wasted no time in putting League One defences to the sword by hitting a goal every other game with 4 in 8 appearances. Gus Poyet liked what he saw and snapped up Barnes on a two-year deal. 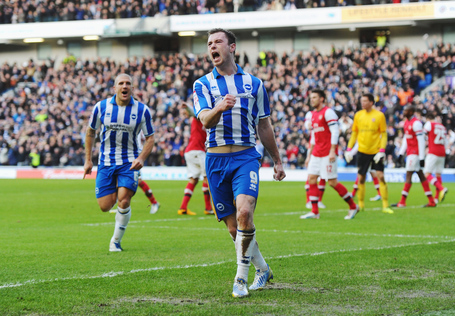 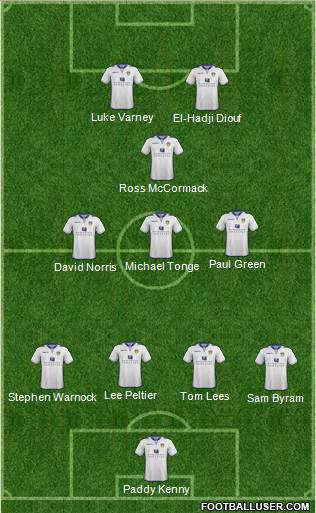 Here is the line-up I've gone for. Given it's a nothing game for United though, the team could be very different. Here is what Brian McDermott had to say about the game:

"There are always players that aren't involved.

I've seen the Under 18s play and we have some players coming through. I watched the Under 21's on Thursday night and that has given me another picture of some players.

I'm not the kind of manager to just put a player in for the sake of it just because they are young. I think it's patronising to that younger player and they wouldn't want that themselves.

If they are good enough they are old enough, Sam Byram is a perfect example of that. He's 19-years of age and playing regularly in the first team.

It's a nothing game for Leeds but Brighton still have it all to play for and the visitors are looking to guarantee a play-off spot with a game to spare. United supporters will be looking for their side to get a win from their last game at Elland Road though and hopefully the Whites can give the Seasiders a game. I'm predicting a draw for this one, 1-1.