Match preview ahead of Leeds United's clash with Burnley at Elland Road on Tuesday night.

Leeds United are back at Elland Road this Tuesday night after recording a much needed three points with a 2-1 win over Sheffield Wednesday on Saturday. They face another side stuck in traffic in the middle of the Championship as Burnley visit West Yorkshire. Two goals from Luke Varney at the weekend propelled United back up to 11th in the Championship table and relegation fears were quelled slightly. Another win on Tuesday and we can start to focus on how we are going to tackle our next promotion challenge next season under Brian McDermott.

Tom Lees is available for selection again after a three match ban following his sending off at Ipswich Town. Lee Peltier could also return to the fold after missing Saturday's victory over Sheffield Wednesday with an ankle injury.

Michael Brown serves the second of his two game ban while El-Hadji Diouf will be hoping his impact as a second half substitute will be enough to earn him a recall.

Alex Kacaniklic and Joseph Mills could both return for the visitors after recovering from a stomach bug. Michael Duff (calf) is still unavailable though.

Burnley striker Charlie Austin has had a fine season at Turf Moor, the former Swindon front man has scored 28 goals in 40 appearances. Having started his football career in non-league with AFC Newbury, Austin has had to work hard to get to the stage where he is today. It wasn't until 2009 that he got his move to League football with Swindon Town. Austin notched 37 goals in 65 appearances for Swindon, helping his team to the 2010 League One Play-off final in the process and his goals caught the attention of clubs up and down the country. It was Burnley who splashed out on Austin though and despite a slow start to his career in the Championship, Burnley's number 23 has really got going now and the Whites will have to keep him quiet if they are to secure back to back victories. 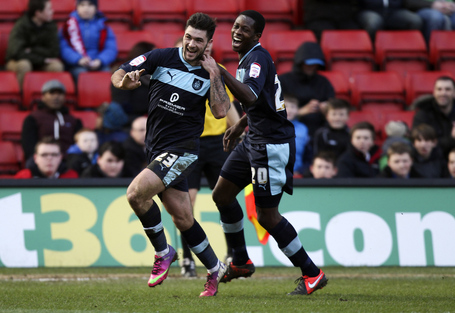 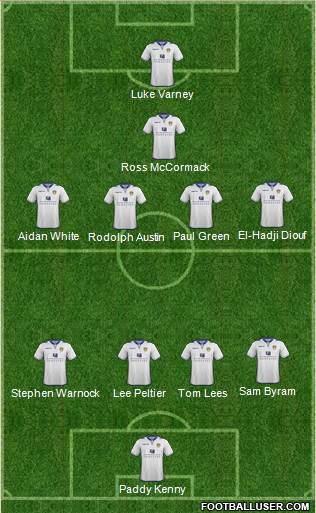 Luke Varney's two goal stint up-front on Saturday could ensure he takes the places of Steve Morison. Morison continues to perform poorly and should miss out on this one. I expect both Tom Lees and Lee Peltier to be back in the line-up with El-Hadji Diouf and Aidan White taking the places of David Norris and Steve Morison.

Leeds can relax a little bit now after Saturday's win put ten teams in-between them and the relegation places. They can't relax completely though as it is still only a six point gap. Many people are looking forward to their visit to Elland Road for the first time in a while following the arrival of Brian McDermott ensured Leeds' fortunes changed for the better. I expect to see another win on Tuesday night and who knows, there might even be another goal from our new hero, Luke Varney.