Leeds United return to Elland Road this weekend for what is a crucial game with Yorkshire rivals Sheffield Wednesday. United's dismal run of form has seen them slip into the relegation battle at the foot of the table whereas Sheffield Wednesday, who sit top of the Championship form table, have come into form at exactly the right time of the season and leapfrogged United in the table during the week thanks to a last minute winner in their game with Millwall. When the sides met last October it was certainly a feisty Yorkshire derby that saw one Leeds fan shame the rest of us causing Dave Jones to label the lot of us 'vile animals'. A conveniently timed touchline ban has ensured Dave Jones won't be in the dugout at Elland Road but I'm sure the Leeds fans won't let the former Cardiff manager get away with it that easily.

Captain Lee Peltier is one of four doubts for the home side this weekend. Peltier left the field of play with an ankle injury in the closing stages of last weekends 2-1 defeat away at Charlton. David Norris, Steve Morison and youngster Chris Dawson are the other players in a race to bit fit for the lunchtime kick-off.

Caretaker boss Neil Redfearn had the following to say to the club's official website:

"We rested all the lads with knocks this week, but there is a chance all four of them could be in contention for Saturday.

We have a couple of options if Pelts doesn't make it. Rudy was outstanding in midweek at centre-back, but he's a big player for us in midfield, especially in a derby game.

The other options may involve playing others out of position and we've had a look at two or three different things this week."

Tom Lees completes his three match suspension this weekend while Michael Brown begins a two game ban after picking up his tenth booking of the season. Davide Somma has been back in training for the last few weeks and may take up a place on the bench this weekend.

Danny Pugh won't be available for selection against his parent club Leeds and manager Dave Jones says he is assessing one or two members of his squad who are carrying knocks before making the final decision on his side to face Leeds. Reda Johnson could take the place of Danny Pugh while Stuart Holden and Jermaine Johnson are pushing for recalls.

Jermaine Johnson joined Sheffield Wednesday from Bradford City in January 2007 and scored what proved to be the crucial goal in a 3-2 win over United at Elland Road in March of that year. Johnson started his career in Jamaica with Tivoli Gardens and following loan spells with Bolton Wanderers and Oldham Athletic, the Jamaican landed at Bradford City. Brian Laws splashed out £250,000 for Johnson in 2007 and the 32 year old has gone on to make 200 appearances for the Owls and the winger, who can also operate in attack will be hoping to improve on his goal tally of six so far this season when Sheffield Wednesday visit West Yorkshire this weekend. 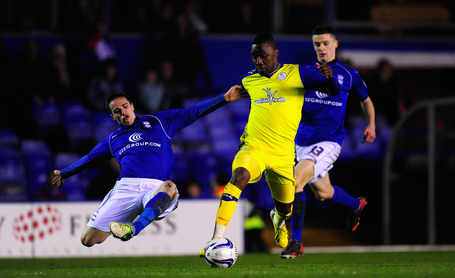 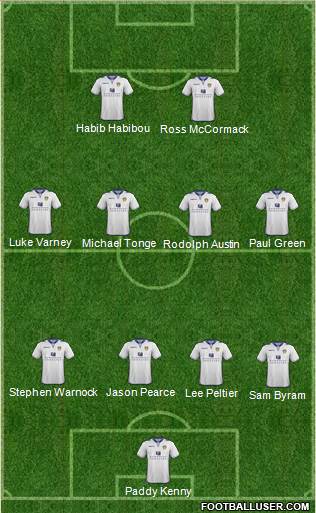 I think Lee Peltier will be rushed back due to the centre back crisis that we currently have at the club. I've got a feeling both David Norris and Steve Morison will be left out though giving an opportunity to Rodolph Austin and Habib Habibou.

Leeds simply have to win this game or people really are going to start to panic. Sheffield Wednesday come to Elland Road in good form and United currently sit second bottom in the form table but it's time to throw that form table out of the window and get all three points this weekend. Last week I predicted a 2-1 win Charlton win in the hope of being completely wrong, unfortunately I wasn't and I've got the same feeling this week that the Whites will not record a win. I'm predicting a draw, 1-1.