Relegation Worries - Where Did They Come From?

Leeds United have been sucked into the relegation battle in the Championship. Through It All Togehter looks back at where it all went so wrong this season and asks can Leeds United stave off relegation?

Share All sharing options for: Relegation Worries - Where Did They Come From?

Where did Leeds United's season all go so terribly wrong? With five games of the season to play, manager-less United sit just five points above the drop zone. It is only a few weeks since a number of United followers and the now departed manager Neil Warnock genuinely believed the Whites had a chance of the play-offs. Can the Whites stop the 2012/13 campaign being a total disaster and get that win to stop the rut?

The appointment of Neil Warnock back in February 2012 was met with a huge amount of optimism from people, me included, who believed that Warnock was exactly the type of manager Leeds United needed to take them back to the Premiership. It hasn't quite worked out that way though and not only did the former QPR manager fail to improve on the work of Simon Grayson, but he in fact made matters worse and United now face the very real possibility of League One football once again next season.

The season started with a game against Wolves at Elland Road and despite no real 'marquee' signing coming through the doors at Thorp Arch, many believed Neil Warnock had built a solid yet small squad for his first assault on the Championship at Leeds with his own players. United got the opening day win with a 1-0 victory thanks to a Luciano Becchio header. The game saw Sam Byram make his league debut for the club and he has gone on to be the best part of the season for Leeds with his consistently excellent performances.

At the time it felt as though Leeds had defeated a side who would be up there fighting for promotion but as things stand, Wolves are one of only 7 teams below the Elland Road club in the Championship table. United also recorded their first of only three away wins all season in August at Peterborough. Following a 2-1 defeat at Blackpool, another two goals from Luciano Becchio a few days later ensured the Whites gained all three points and ended August with two wins from three league games. 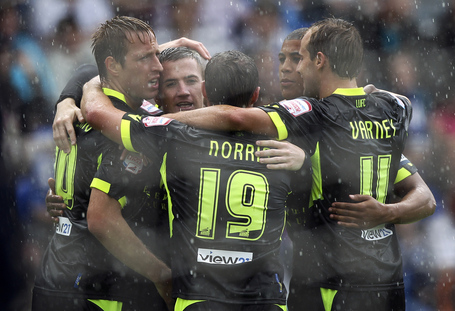 Two wins and a draw out of five league games in September ensured Leeds steady start to the season continued. Dominic Poleon, another academy graduate, scored his first goal for the club in his first start against Nottingham Forest and United produced a fantastic display against high-flying Premier League side Everton in the League Cup to earn a 2-1 victory. It was the sort of performance which made you feel that if United could kick on in the League, they had a real chance of getting themselves in the promotion race. 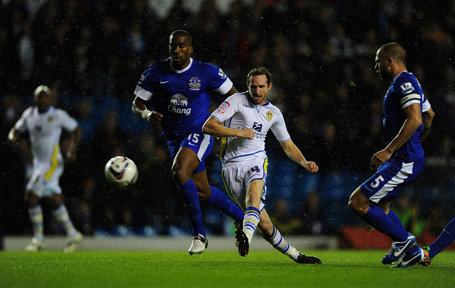 The win over Forest was the start of a seven game unbeaten run in all competitions and United weren't to lose again until the end of October. However, that run included only three wins and three draws in the league as Neil Warnock's men continued to struggle to really get going. Where they were struggling to perform in the league, they had no problem at all in the cup and the next side to be completely dominated were Southampton. United beat their second Premier League side of the campaign 3-0 and it could have been much more than that. It was frustrating to watch, the same team that were struggling to claim wins and put goals past teams in the league played like they were the Premier League side and not Southampton. 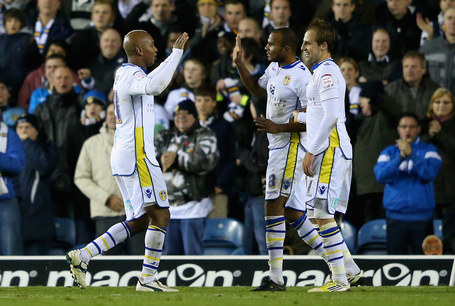 After reaching the League Cup Quarter-Final with the victory over Southampton, Leeds failed to record another win for almost a month and the 2-1 win over Crystal Palace on the 24th November was the club's first win in the league since the 6th October. GFH had finally confirmed their takeover of the club was complete after months and months of speculation and the loan captures of Jerome Thomas and Alan Tate seemed to make a real difference as United fully deserved their win over high-flying Crystal Palace. Another two wins were to follow against Leicester and Huddersfield as United started to climb the table again. The win at Huddersfield on the 1st December is to date United's last away victory in the League. 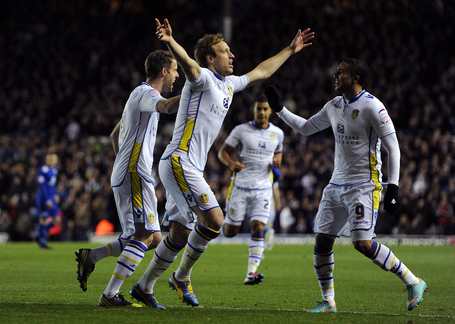 It has never got any better for United following on from the win at Huddersfield and the club has been guilty of some very inconsistent form. In fact since that 4-2 victory against our Yorkshire rivals Leeds United have only recorded six league wins in just over 4 months. Neil Warnock's cup dream was ended by Chelsea at Elland Road with a 5-1 defeat and any pre-season optimism had well and truly evaporated when Leeds visited Barnsley in January.

Leeds fans visited Oakwell expecting to see their side record their fourth away win of the season. Unfortunately it never materialised as United were outclassed and outfought by bottom of the table Barnsley and it was the first time the fans had called for the manager's head. It wasn't to be the last time though as the Whites struggled to over come another struggling side in Bristol City at Elland Road. Leeds continued to frustrate when a week later they disposed of Champions League chasers Tottenham Hotspur at Elland Road in the fourth round of the F.A Cup. Goals from Luke Varney and a fine strike from Ross McCormack almost helped United fans forget that Luciano Becchio was on the verge of joining Jonny Howson, Bradley Johnson and Robert Snodgrass at Norwich City. 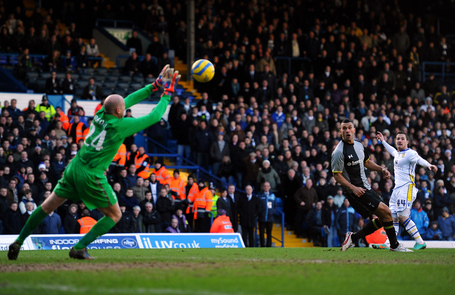 United's League form still wouldn't improve though and defeats to Cardiff and Middlesbrough followed as well as draws against lowly Wolves and Blackburn. A win at home to Blackpool stood as Leeds' only league win in February and after being fortunate to beat Millwall at the start of March, I will never know how we didn't beat Leicester after being seconds away from a win at the King Power Stadium. We were so close to making ground on the play-offs before we threw away two points with the last head of the game. Since the frustration of Leicester, there have been two draws and four straight defeats which leaves United where they are today. 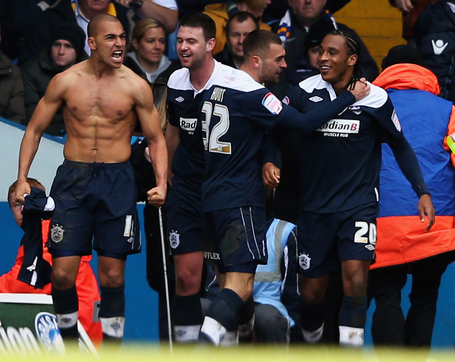 Conceding late goals against the likes of Leicester, Huddersfield and Wolves have not only cost Leeds dear in the race for the play-offs but they have also sucked them into an incredibly tight relegation battle. Neil Warnock has left the club thinking he did a good job and that he 'deserves a medal' but in actual fact he has built a squad that could be set to be relegated back to League One with the club sitting 17th in the table with five games to go.

At Charlton at the weekend there was no fight from anyone in a Leeds shirt other than Ross McCormack. The rest of the squad is going to have to find some from somewhere because we are in a scrap now. I don't think the fans could take another stint in League One, the last time we were relegated, the majority stuck with the club but then again we had a better squad when we were in League One. The likes of Jermaine Beckford, Max Gradel, Jonny Howson, Robert Snodgrass and Luciano Becchio were all at the club during it's lowest point and have since gone on to better things.

Without Luciano Becchio's goals in the first half of this season, United would be in serious trouble already, his goals won a lot of points for the club this season. Many of those coming in games we didn't deserve to get anything from. I'm not sure the United squad has got what it takes to turn our fortunes around, having looked back at this season, it never really got going and we were fortunate to be in with a chance of the play-offs for so long.

We've got Watford and Birmingham away and Sheffield Wednesday, Burnley and play-off chasers Brighton at home. This weekend is absolutely huge against Wednesday who went above us in the table last night following a last minute winner away at Millwall. We never seem to do well in games against our Yorkshire rivals and United currently sit 23rd in the Championship form table whereas Wednesday are top but something needs to change this weekend.

It's about time the players took responsibility and played for the shirt. A couple of wins would probably be enough but the way the team have been playing, I just can't see where a win is going to come from or who is going to score the goals to steer us away from trouble? Leeds' only saving grace is that there a few teams between them and the relegation zone but none of them are in worse form than Leeds United. It's very worrying times once again for Leeds United supporters who have endured a disappointing season again. Just when you think things can't get any worse following the Whites, they always seem to. It's time for all the finger pointing to stop and for everyone to group together and get behind the team, let's beat Sheffield Wednesday and then we'll take it from there. Come on Leeds.