Match preview ahead of Leeds United's trip to Crystal Palace on Saturday.

Leeds United are looking to bounce back from a frustrating 1-1 draw at Leicester City on Tuesday night when they travel to high-flying Crystal Palace. United were seconds away from recording their first away win since December, it would have been a vital win which would have taken Neil Warnock's side closer to the play-offs. It wasn't to be though and United are faced with a tricky task as they travel to Selhurst Park looking to pick up the points dropped at the King Power Stadium. Leeds have a fairly decent recent record against Palace having only lost one of the last six meetings. The reverse fixture at Elland Road this season saw United put in a fine performance against the league leaders at the time with goals from Paul Green and Luciano Becchio being enough to see the Whites pick up a 2-1 win. Debutants Jerome Thomas and Alan Tate stole the show and the game was the start of a three game winning streak, the best sequence of results so far.

Neil Warnock revealed he is likely to name an unchanged team for the fifth game in a row when he was speaking to the club's official website. United's manager, who could be heading into the final eleven games of his career went on to say he would like to play the same team for the rest of the campaign, injuries permitting.

"The way we're playing at the moment I'd like to go unchanged for the rest of the season. There's nothing new injury-wise after the other night.

We did have a few knocks and what have you before the game at Leicester, but the players came through it okay.

They were all back in Thursday morning, but when you get to this stage of the season and you're playing games like we are - we have another midweek match next week - you can't do too much in training because that's when muscles are pulled or niggles occur."

Adam Drury is back in contention though after being missing because of an ankle injury since the F.A Cup third round replay with Birmingham in January.

This weekends one to watch is the man everybody has been talking about this season. Wilfried Zaha will move to Old Trafford at the end of this campaign and the youngster has been bursting with confidence all season long. Zaha has hit the net six times this year but it is his trickery and speed that has caught the eye of many fans and pundits alike. The future is set to bright for the soon to be ex Crystal Palace man but hopefully he won't be allowed to be star of the show on Saturday. 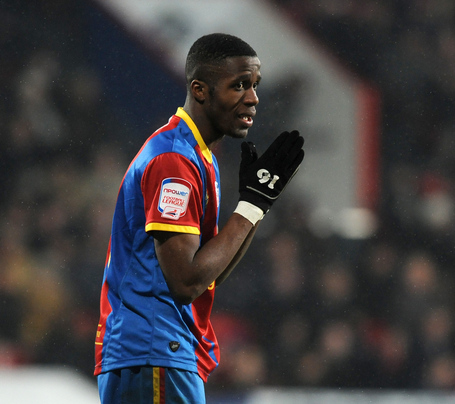 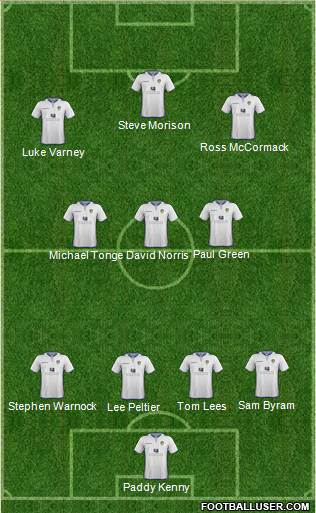 I don't think there will any changes once again.

On Tuesday I felt like we had a chance and we certainly did after only surrendering the lead with the last head of the game. The game at Palace is going to be much tougher though with Ian Holloway's men disposing of Hull on Tuesday with a 4-2 win at Selhurst Park. The Whites can do it if they take their chances but I don't think it's going to happen this weekend. I'm predicting a Palace win which is going to be tough take after what happened on Tuesday night.