Match preview ahead of Leeds United's trip to Leicester City on Tuesday night.

Leeds United head to the King Power Stadium on Tuesday night looking for that elusive away win. The Whites could really do with recording back to back wins in their pursuit of the play-offs following Saturday lunchtime's 1-0 home win over Millwall. A Luciano Becchio penalty was the difference between the two sides at Elland Road and The Whites will be looking to complete an unlikely double over The Foxes when they take to the field on Tuesday night. 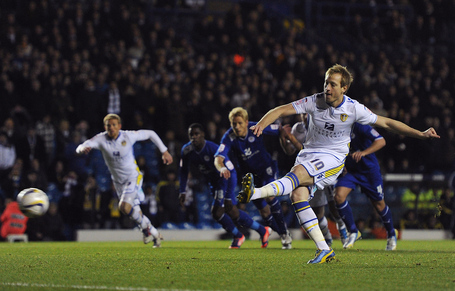 Neil Warnock is keen to name an unchanged side for the fourth game in a row. However, Luke Varney left the field on a stretcher at the weekend after being on the end of a challenge from Stephen Warnock in an accidental collision.

There are no other new injury worries and the boss is leaving it late to give Varney the best chance possible of making the starting line-up at Leicester.

"It's badly bruised. He's had a lot of compression over the weekend, and Luke will want to play so if there is a chance he'll play.

I'd like to keep the same team if we can and leave it alone."

Chris Wood has had a fine start to his Leicester City career. In twelve appearances for The Foxes the New Zealand International has scored nine goals and has proved to be one of the signings of the January transfer window. After being brought to English football by West Brom, Wood has enjoyed loan spells at Barnsley, Brighton, Birmingham, Bristol City and Millwall before finally landing himself a permanent move to the King Power Stadium. He is a striker that Neil Warnock wanted to bring to Elland Road but the club failed to compete with Leicester financially and now The Whites must ensure they keep the Kiwi quiet in order to stand a chance of a win on Tuesday night. 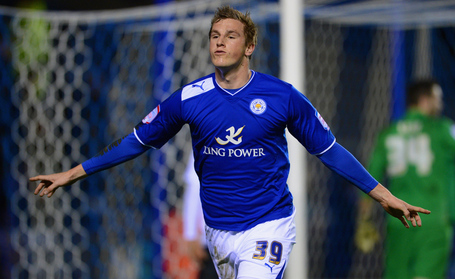 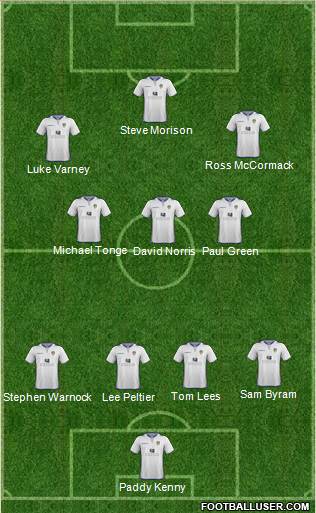 I am not predicting any changes for the game and I think Varney will make it into the team despite taking a knock at the weekend.

Well it's another game in which a win could really kick start United's push for the play-offs. Unfortunately though, the game is away from home and United have only managed three wins away all season so far. If we can play like we did in our last away game at Blackburn and add some cutting edge into the mix then we stand a chance but can do that?! I'm going to be positive for this one and say we can do it, it's gonna take a sterling performance but I think we will win.