It's back to business for clubs up and down the country this weekend as the International break is at last behind us. Neil Warnock and his team make the long trip to Portman Road as they look to bounce back following the defeat at home to Huddersfield last time out. United were unlucky in this fixture last year when two late Ipswich goals snatched a deserved victory away from the away side. Hopefully the Whites will be a little luckier this year against Mick McCarthy's side. Neil Warnock had the following to say on United's latest attempt at a fourth away win of the season:

"I'm happy with what we've got and we'll go to Ipswich and try and win the game. Whenever something has kicked us in the teeth we've come back.

I know some of the fans have been frustrated and I'm frustrated that we haven't picked up the points we should have done.

We've played some cracking football at times and I don't think enough has been said about how well we've played this last six or seven weeks.

They're (Ipswich) still in trouble, but they've done well under Mick and you know what you are going to get from his sides.

I've had some good battles with Mick's sides in the past and with him, what you get is what you see. His teams are very honest.

I don't think the pitch is great there and that won't have helped them, but Charlton's where we go next doesn't look great either and I think a few have suffered this year.

Elland Road has been superb in comparison to a lot we have come across.But we want points and we have to go there and look for the win, and then look at Derby."

Steve Morison and Ross McCormack missed out on the Huddersfield game but the gaffer is hoping to re-call the pair of them to his starting line-up.

There are no other new injury worries for Warnock. However, Paul Green, Rodolph Austin and Tom Lees have all returned from International duty.

For the home side, Anthony Wordsworth, who has been suffering with a spine injury is once again available for selection. Lee Martin is suspended though and Patrick Kisnorbo is ineligible to play against his parent club.

David McGoldrick enjoyed a successful first half of the season at League One Coventry. The striker who has enjoyed spells at Notts County, Southampton, Bournemouth, Port Vale, Nottingham Forest and Sheffield Wednesday, notched 18 goals for Coventry City after moving on loan from Forest and his goals earned him a move back up to the Championship in January. McGoldrick has the opportunity to make his move to Ipswich permanent in the summer and will be looking to impress Mick McCarthy when Leeds come to town on Saturday afternoon. 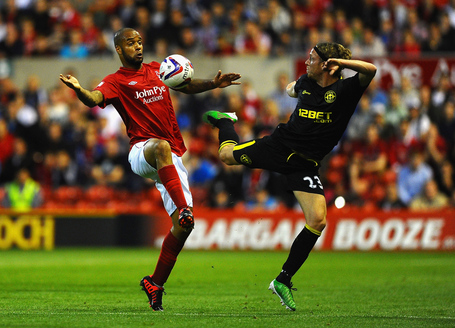 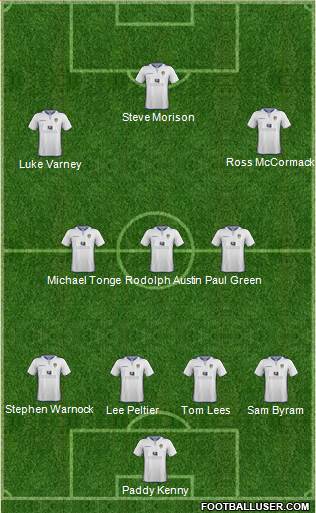 I think Morison and McCormack will make it back into the team. I think Rodolph Austin will keep his place in the team as well after having his best game for a long time last time out against Huddersfield.

Ipswich have only lost one of their last six at home and the less said about United's away record, the better. It's not going to be easy for the Whites against a side battling to guarantee their survival in the Championship but with Neil Warnock's men all but out of play-off contention, perhaps they will play a little better and be a little more clinical in front of goal without the added pressure of the play-offs. I don't think United will win this one but I think we'll manage a draw, 1-1.