Match preview ahead of Leeds United's game with Millwall at Elland Road this Saturday lunchtime.

Leeds United are back at Elland Road this weekend as the friendly Millwall supporters come to town, all 90 of them anyway. United have won their last two at home to Millwall after a period of which beating them became difficult when both sides were in League One. Neil Warnock needs to make that a hat-trick if his hopes of promotion are to remain alive after the weekend has been and gone.

Neil Warnock named an unchanged team for the trip to Blackburn Rovers last weekend and the gaffer is expected to do the same for the visit of Millwall.

Speaking to the club's official website, Neil Warnock had the following to say:

"Rudy is training again and we have a clean bill of health," he said. "The last two performances have been good and everybody is fit and wanting to play.

We could be unchanged again on Saturday, and why not? The lads have done well,

Michael Tonge has come in and these last two games he's played as well as he did when I was at Sheffield United and we sold him to Stoke for £2.5m.

It's brought the best out of Paul Green and David Norris can do what he's best at - being a beaver in and around things.
"Luke Varney has done well too hasn't he? The fans really seem to have taken to him now because I think they can see what he is about. The way we're playing suits him.

A few people asked why we didn't make any substitutions at Blackburn on Saturday, but what would you do? We were playing well and I always felt there was more chance of a goal from Luke, Ross, or Steve so we kept things as they were."

George Saville has joined Millwall on loan from Chelsea and will be part of Kenny Jacket's travelling squad.

Former Leeds striker Rob Hulse and defender Paul Robinson are both unavailable due to injury for the trip to Elland Road though.

Andy Keogh has been a success at Millwall since joining the club from Wolves in January 2012. The move came after a spell on loan here at Elland Road where goals proved hard to come by for the product of Leeds United's academy. It wasn't something that was to be a problem with the Lions though. Keogh formed a good understanding with Harry Kane and put the ball in the back of the net on ten occasions in only eighteen appearances last season. The former Scunthorpe goal-getter works extremely hard for the team despite not always being the best in front of goal and will be looking to prove a point when he comes back to LS11 this weekend. 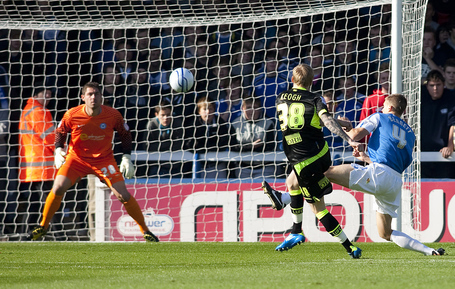 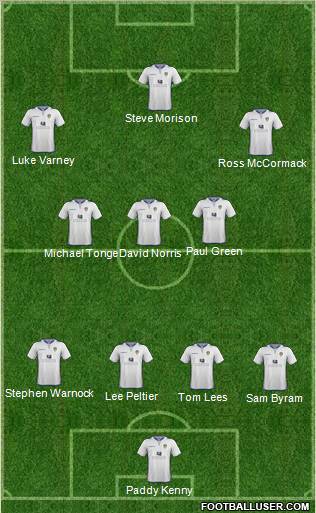 I fully expect the same line-up for the third game in a row.

One thing I am expecting is a big performance from former Millwall striker Steve Morison and hopefully we will see a few more goals from our new number nine. Warnock thinks there is still a chance of the Play-offs, albeit a small one. In that case I expect the same performance we saw against Blackpool when there were shots on goal galore from the Whites, something we haven't seen all season. If we can play like we have done in the past two games then I think we will win without a doubt, 3-0 Leeds.