Match preview ahead of Leeds United's trip to Wolves on Saturday.

Leeds United travel to Wolves this weekend looking to return to winning ways following a 1-0 home defeat to League Leaders Cardiff last week. Wolves have been experiencing a terrible return to the Championship this season after being relegated from the top-flight last year and Neil Warnock will be looking for his side to produce a similar performance to the opening day of the season. United enjoyed a 1-0 win over their opponents that day courtesy of a Luciano Becchio goal and the Elland Road club will be looking to heap more misery on Dean Saunders' men with only their fourth away win of the season.

New signings Steve Morison and Stephen Warnock are both in with a chance of making their United debuts this weekend. Morison has been nursing a thigh injury of late which has delayed his debut but the former Millwall front man has been in full training all week. Meanwhile Warnock had to make do with a place on the bench against Cardiff following his move from Aston Villa but a week in training could see him make the starting line-up.

Neil Warnock has no new injury worries however Rodolph Austin has only today returned from International duty with Jamaica whereas Paul Green, Ross McCormack and Tom Lees all returned to Thorp Arch on Thursday. McCormack didn't take part for Scotland because of illness.

Speaking to the club's official website, the gaffer had the following to say:

"He wasn't very well, but he is a lot better today. It was disappointing for him and Scotland, but from a selfish point of view, hopefully it means he will be fit and ready for Wolves.

I watched Paul Green play for the Republic and that's probably as well as he's played for them, and I watched Tom for England Under-21s as well. Again, being selfish, I was pleased he didn't start because he's done well for us and I want him ready for Wolves.

Rudy has been a long way so we'll have to see how he is."

For the hosts defender Roger Johnson serves the second of his three match suspension. However Kevin Doyle, Slawomir Peszko and Dave Edwards are all pushing for recalls to the starting line-up.

The Whites have trouble with powerful strikers and Sylvan Ebanks-Blake is one of those. Despite his club suffering a terrible campaign this year, the former Manchester United and Plymouth goal-getter has hit eleven goals. After emerging through the youth set-up at United's rivals Manchester United, Ebanks-Blake failed to play a Premier League game, however he did make two appearances in the League Cup, scoring one goal. A move to Plymouth followed where his goals caught the eye of Wolves. His goals not only won him the Championship golden boot two years on the trot but also helped fire Wolves back to the Premiership. After being in and out of the side during the Wanderers time in the Premiership, Ebanks-Blake is now back as one of the main strikers at the club and the Whites will need to try and deal with their phobia of powerful strikers if they are to keep him out. 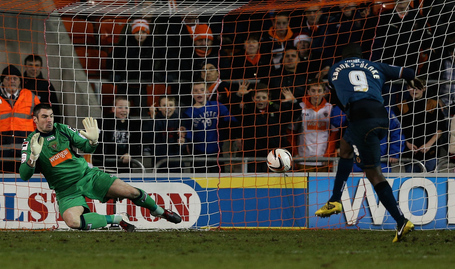 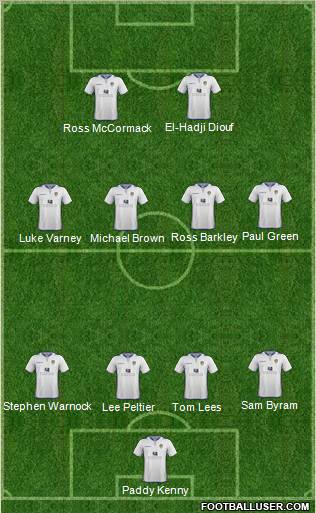 I think Morison will start on the bench but McCormack will recover from illness in time to start for the Whites. I would leave Austin out who only returned from International duty today (Friday) and has been very poor of late anyway. I would also give a debut to Stephen Warnock in place of Aidan White.

It should be a game we go into looking to win given Wolves place in the league but having experienced many of United's away performances, which has included witnessing Marlon Harewood being made to look like Van Persie, I'm not feeling confident. Wolves haven't won since the 21st December and they haven't won at home since the 8th of that month but Leeds coming to town will probably see an upturn in their fortunes. I'm going to go for a score draw, 1-1.