Leeds United head to Blackburn this weekend on the back of a confidence boosting 2-0 home win against Blackpool. Unfortunately for the Whites, they can't play all of their games at Elland Road and if they are to back up their good display on Wednesday night, they are going to have to do something they haven't done since the 1st December and win away from home in the League.

Despite a disappointing return to the Championship, Blackburn have been enjoying an improved run of form of late which has included a 1-0 win at the Emirates. However they go into this clash looking for a return to winning ways following a 2-0 loss at Hull during the week.

The only thing that will stop Neil Warnock naming an unchanged team will be tired legs. David Norris and Michael Tonge were brought into the starting eleven on Wednesday and what we got was United's most attacking display for as long as I can remember.

Blackburn could hand a second full debut to loan signing David Bentley. Bentley left Ewood Park for Tottenham Hotspur in 2008 but the Arsenal academy graduate is now back at Blackburn after loan spells at Birmingham City, West Ham and FC Rostov. Another loan signing, Karim Rekik could make his home debut after joining from Man City and making his debut in the away defeat to Hull on Tuesday.

Defender Lee Williamson is a doubt though after taking a knock to his ankle against Hull.

My one to watch this weekend is 20 goal striker Jordan Rhodes. The former Huddersfield front man put pen to paper on a four year deal with Rovers in August and has continued his goal scoring exploits at Ewood Park. United will have to keep Rhodes in check this weekend if they are to edge closer to the play-off places. It is hard to imagine Huddersfield would be in the Championship today without Rhodes' 87 goals in 148 appearances for United's Yorkshire rivals. So far Blackburn fans have witnessed Rhodes be just as prolific at Championship level with 20 goals in 32 appearances and they will be hoping for more when the Whites are in town this weekend. 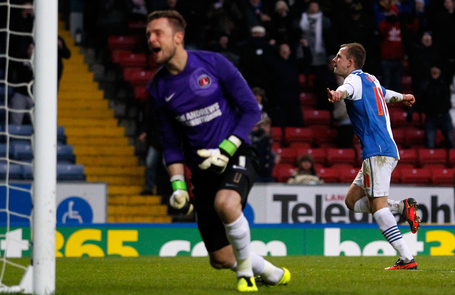 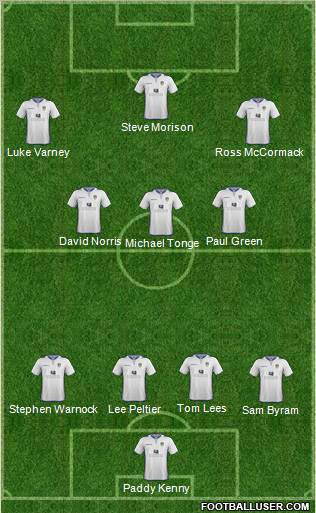 I don't predict any changes to the starting line-up. If it ain't broke, don't fix it.

Well I'm not very confident going into the game simply because we have only won 3 away league games this season. We are going on the back of probably our most convincing performance of the season on Wednesday night though, it was nice to see some shots on goal for a change. Even if we don't win on Saturday, as long as we play like we did against Blackpool and go for it, there will be no complaints from me. I think we might be looking a draw this weekend unfortunately, 1-1.