Match preview ahead of Leeds United's game with Blackpool at Elland Road.

It's back to Elland Road on Wednesday night for Leeds United and Paul Ince takes charge of his Blackpool side for the first time. The two clubs have only met three times since 1971 and the Tangerines have come out on top on all three occasions, notching up eight goals in the process and conceding only one. Last season, Leeds United had an absolute nightmare in this fixture, mainly thanks to Paul Rachubka, losing 5-0 and losing Tom Lees to a red card as Jonjo Shelvey scored a hat-trick. Rachubka hasn't been seen in a Leeds shirt since, it can't be as bad last year, can it?

Paul Green missed the 4-0 defeat at Man City because of an ankle injury but the former Derby midfielder is likely to recover in time to feature against Blackpool. However Rudolph Austin may miss out after taking a knock in training.

Sam Byram took a blow to the face on Sunday but is expected to play and Neil Warnock has no other injuries to worry about.

Paul Ince will include his son, Tom in his first Blackpool starting eleven after the impressive winger was on the bench at the weekend. Bob Harris is expected to miss out with a toe injury.

Tom Ince has had a fine campaign so far for the Seasiders. So good in fact that he was expected to re-join former club Liverpool in the January transfer market. Luckily for Blackpool, that move is yet to materialise and Ince has been able to continue putting the ball in the back of the net in the Championship. After impressing on loan at Notts County, Ince was snapped up by Blackpool for an undisclosed fee in August 2011. After managing eight goals, including a play-off final strike in his first Blackpool season, Ince has gone from strength to strength this year and his current tally stands at 17 for the season. Ince will be looking to improve that goal return when the Tangerines travel to Elland Road. 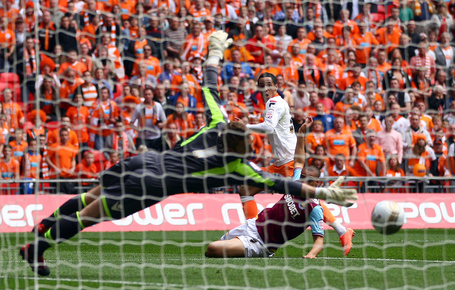 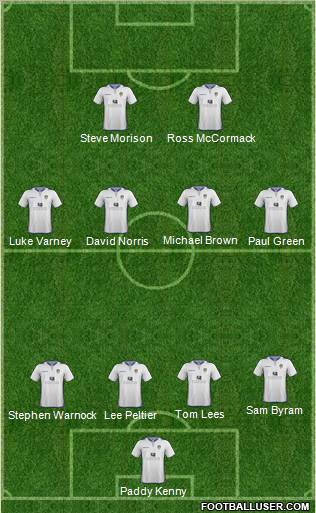 I think Steve Morison will get his home debut for Leeds United and hopefully he will look a bit more lively at Elland Road than he has done away from home so far. I think Aidan White will be dropped for Paul Green and David Norris will replace Rodolph Austin. Paddy Kenny will come back into the side after Jamie Ashdown was between the sticks against Man City on Sunday.

I think Leeds have got a good chance of getting a win against Blackpool but will they go for it? Blackpool have got a new manager and Paul Ince will be looking to get off to a good start and will see Leeds United away as a good opportunity to do so. I don't think it will be pretty but I am predicting Leeds to scrape a win in front of a higher than average crowd.