Match preview ahead of Leeds United's trip to the Riverside Stadium to face Middlesbrough.

Leeds United made up some ground on Tuesday nights opponents at the weekend. Not as much as they would have liked though after they allowed lowly Wolverhampton Wanderers to snatch a stoppage time equaliser on Saturday. United's best performance under Neil Warnock was arguably at Middlesbrough last season and the experienced manager will need the same again from his players if they are to keep their slim chance of a play-off place alive. The Whites are looking for a hat-trick at the Riverside having won there during the past two seasons and with Middlesbrough recording their fifth defeat in a row against Barnsley on Saturday, can United start their play-off push with a win at Boro?

Neil Warnock has hinted that he will name the same side that drew 2-2 with Wolves on Saturday. Speaking to LeedsUnited.com Warnock said:

"I don't think there is any reason to tinker too much. I get accused of that, but there are always reasons for my changes.

I think that the changes I made on Saturday benefited us and I don't see any reason to make any changes for Middlesbrough."

Rodolph Austin and El-Hadji Diouf were rested against Wolves but given the managers comments the best they can expect is a place on the bench.

Boro will be without top scorer Scott McDonald (back) and fellow striker Ishmael Miller will be assessed ahead of kick off. Miller has been missing with an ankle ligament injury obtained against Watford last month but may be fit enough to play some part. Justin Hoyte (hip) and Julio Arca (toe) are also on the treatment table and will miss the clash with Leeds.

Former England International Kieron Dyer is looking to get his Boro career off to a good start. Having made less than 40 appearances in five years due to a promising career being ruined by injury the former Ipswich, Newcastle, West Ham and QPR midfielder will be hoping to help Tony Mowbray's men back to the Premier League and get a good run of games under his belt in the process. With over 30 England caps to his name, I would say that Dyer wins the battle of the veteran midfielders over United's very own Michael Brown who will have to stop Dyer getting into his stride and pulling the strings for Boro. 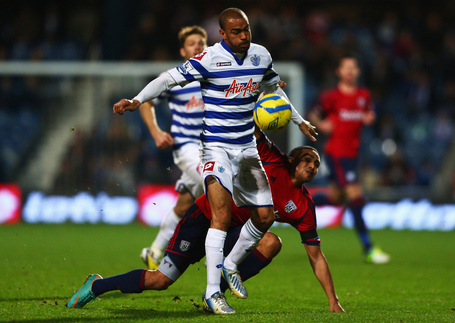 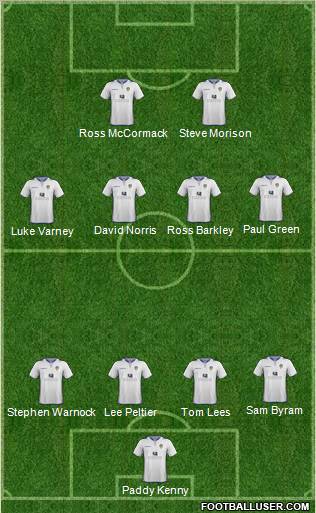 Despite Warnock revealing that he is likely to name an unchanged side, Personally I would opt for Ross Barkley instead of Michael Brown in midfield.

Fresh from a 3-2 defeat at home to Barnsley, Boro haven't recorded a win in the league since the 29th December. However, Wolves were there for the taking on Saturday and United didn't take advantage of that. The Whites haven't won away since the 1st December and I expect that form to continue, Middlesbrough will be keen to get back on track and I think United will allow them to do that.