United face Watford in their second home fixture in just a few days. Watford have failed to show the form this time out that saw them reach the Play-Off Final last campaign and the Hornets sit five points behind United in 12th.

Whatever happens on Saturday, it shouldn't be as bad as this game last season when Watford ran riot on the Elland Road pitch and were 6-1 winners. United did get their revenge on the final game of the season though, when a Ross McCormack goal was enough to deny Watford promotion, sending Hull City up instead. 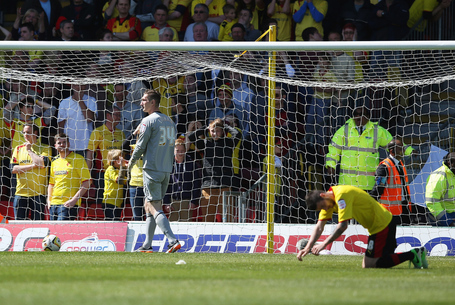 United have won their last five games at Elland Road and Luke Murphy is hoping that form continues:

"We want our home form to continue. The manager always said that he wanted Elland Road to be a fortress and he wanted teams to fear coming to Elland Road.

I think that we are building that picture with the performances and the results we have been getting at home. We had two home games this week, and we'll be looking to get maximum points from both games.

Elland Road is a special place. The fans are unbelievable, especially in the game against Middlesbrough.

I thought that the atmosphere in that game was by far the best I have experienced. It's taken a bit of time to get used to but I'm hoping that I have got to grips with it now and I'm looking to push on now."

Following on from United's 2-0 win against Wigan, Brian McDermott may name an unchanged line-up.

Dexter Blackstock is once again definitely out, as is defender Scott Wootton. Sam Byram and Stephen Warnock will be itching to get back into the side but may have to sit on the bench again as Lee Peltier and Danny Pugh helped the Whites to a clean sheet on Wednesday night. 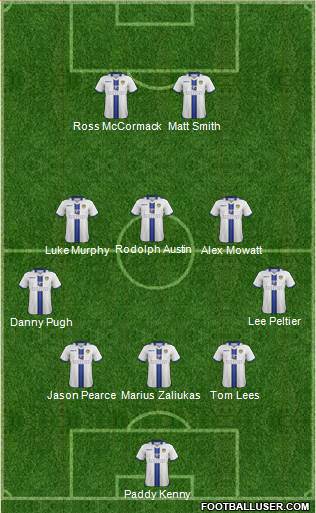 I would expect to see an unchanged team for the visit of Watford.

United are going for their sixth home win on the bounce tomorrow and will be looking to build some momentum once again. They saw their 3 game winning run ended at Blackburn last weekend but can start again tomorrow by recording back to back wins in a matter of days. Watford have been struggling of late but still have quality within their ranks, much like Wigan. Lets hope the result is similar as well. I'm going for a Leeds win.