Match preview ahead of Leeds United's trip to the City Ground to face Nottingham Forest.

Leeds United continue their busy Christmas schedule with a trip to Nottingham Forest on Sunday. Brian McDermott's men played out a 1-1 draw with Blackpool at Bloomfield Road on Boxing day when Lee Peltier's first goal for the club was cancelled out by a deflected Tom Ince effort. Both Nottingham Forest and Leeds are unbeaten in their last 5 but Billy Davies' team haven't recorded back to back victories since August. United will be hoping that sequence continues at the City Ground as the Whites look to avenge their 4-2 defeat there this time last year. 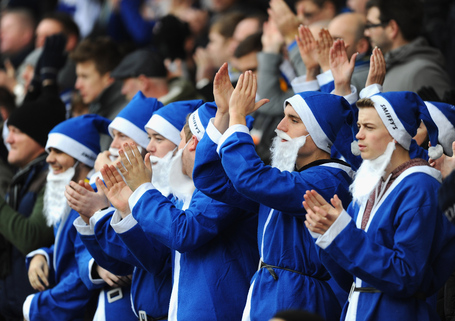 Luke Murphy missed the game with Blackpool through suspension but is expected to return to the side to face Nottingham Forest. Gboly Ariyibi made the bench on Boxing day and is set to keep his place there as Brian McDermott looks for the right time to give the former Southampton trainee his debut.

Alex Mowatt is set to be rested once again after sitting out of the 1-1 draw at the seaside on Boxing day.

"I have to look after Alex Mowatt.

Sam Byram played a lot of games last season - I don't think he missed one until he got injured at the back end - but then he didn't have a pre-season this summer and was playing catch-up.

We have to be mindful of that with Alex too. We'll see how he is before Sunday. I'll speak with the physios and we'll make a call then. He was tired against Barnsley and we have to look after him."

Simon Cox may return to the fold for the hosts after missing the 2-0 win over QPR through illness. Darius Henderson misses out through suspension which could result in Greg Halford once again starting in attack for Billy Davies' men. 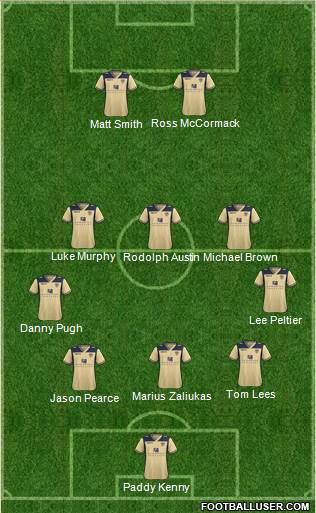 Luke Murphy returns from suspension and I would expect to see him back in the side tomorrow. I think Michael Brown will keep his place ahead of Michael Tonge after a decent performance at Blackpool. Other than that I think United will be unchanged.

With the Championship being the way that it is, I see tomorrow as a game that we could either go and lose 4-0 or go there, have a great game and come back to West Yorkshire with all 3 points. Although 3 have been draws, the Whites are unbeaten in five though and I'm going to be confident and say we are going to get the win. We are even going to keep a rare clean sheet...1-0 Leeds.