Match preview ahead of Leeds United's trip to London to face Charlton Athletic.

United are back on their travels this weekend as they prepare to face Charlton at the Valley. The last time the Whites were on this ground, back in April, the Leeds faithful began to seriously worry about relegation after a 2-1 defeat sucked them right into the battle at the bottom. That was of course the last game before manager Brian McDermott came into the club and he will be hoping to ensure United secure a more positive result in the capital this time around. 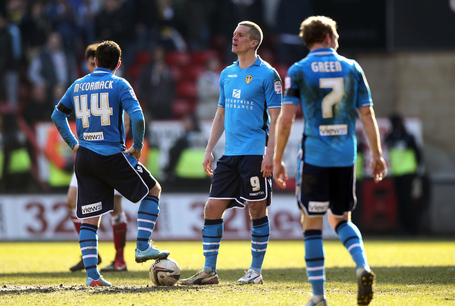 Sam Byram and Stephen Warnock will both sit this game out with their respective injuries.

The boss has a number of options to choose from with Adam Drury and Danny Pugh both training following injury. A further option is to move Jason Pearce to the left-wing back position and bring in Marius Zaliukas in at centre back, as we saw after Stephen Warnock picked up his injury against Yeovil.

Matt Smith will be hoping to keep his place up front with Dexter Blackstock snapping at his heels looking for his first start for the club.

Brian McDermott had the following to say to the club's official website:

"Stephen will be struggling to be available for Saturday and Sam hasn't really done much over the last 10/12 days.

Stephen has had an injection, the next game isn't for a couple of weeks so hopefully he will be fit for that.

Sam did train on Thursday, but he hasn't done anything for the past week or so, so he would be a risk.

We've put the team together for the weekend. We've worked on our pattern of play, and we're ready to go. Adam Drury and Danny Pugh are training again after injury. Are they options? Potentially."

Chris Powell will assess Yann Kermorgant's ankle injury before making a decision on whether to include the striker. Leon Cort and Chris Solly both remain on the sidelines with knee injuries. 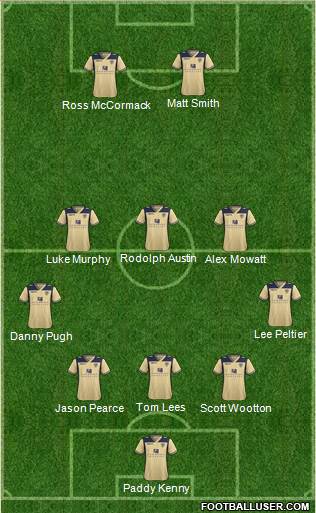 I think that the manager will go with Danny Pugh in the left-wing back role. I think the only reason we saw Pearce there last Saturday was because that is the only option he had. I hope I am wrong but I don't think Drury will be deemed fit enough, therefore leaving Danny Pugh as the only option left.

Charlton were the last side to visit Elland Road for a Premiership fixture and you have to go back to that season for United's last win at the Valley in 2003. It was tough for United there last season and despite Luke Varney grabbing an equaliser, a late goal saw Leeds return to West Yorkshire with nothing. I would expect a similar game tomorrow but hopefully Brian McDermott can get more fight out of his players than we got last year. I am predicting a draw for United this weekend.