Our match preview ahead of Leeds United's trip to Ewood Park to face Blackburn Rovers. United will be backed by nearly 7,000 at Ewood Park as they look for their fourth win on in a row.

Leeds United head to Lancashire to face Blackburn this weekend with nearly 7,000 fans travelling with them. The Whites are currently on a three game winning streak and Brian McDermott will be hoping the travelling army can help secure a fourth successive victory against a Blackburn side currently sitting 14th in the Championship table.

Leeds will be looking to in-form Ross McCormack to help them to victory once again, the Scotland international has raced to the top of the goalscoring charts in the Championship with seven goals in his last three outings. 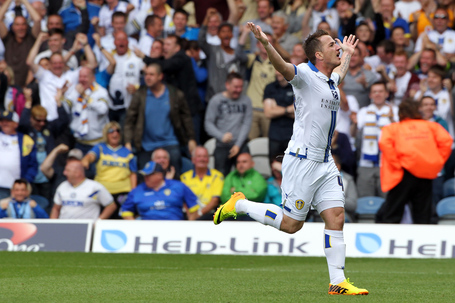 Brian McDermott has already named his side for the clash with Blackburn and may decide not to make any changes following his side's 2-1 against Middlesbrough last time out.

Scott Wootton misses out along with Jamie Ashdown, Noel Hunt, David Norris who all remain injured.

Speaking to the club's official site, McDermott had the following to say:

"Scott Wootton is progressing, but is still away from fitness. Stephen Warnock and El-Hadji Diouf are both available.

I wouldn't say it's a selection headache, we just have to pick a squad to go to Blackburn and try and get a result.
I picked my team on Thursday and we've worked on our shape."

Gary Bowyer could hand a debut to striker Rudy Gestede who recently joined on loan from Cardiff. Fellow striker Dj Campbell is available for selection having sat out the last three games through suspension.

Another striker fighting for his place in the side is Ruben Rochina who has just returned from a shoulder injury. 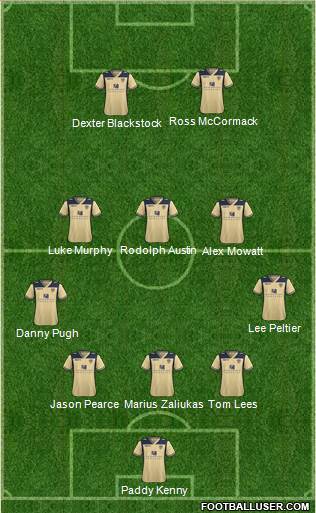 The likes of Sam Byram and Stephen Warnock will be pushing for recalls but, as they say, if it ain't broke don't fix it. I don't think there will be any changes but Brian McDermott could see things differently of course.

I will be travelling to Blackburn this weekend in confident mood which as a Leeds fan is normally a dangerous thing. United have just started to build a little bit of momentum and normally when that happens, we come back down to earth with a bump. I'm staying positive though and I think that Leeds will return to Yorkshire with another three points in their back pocket. 2-1 Leeds.