Match Preview ahead of Leeds United's trip to Pride Park.

The Whites got back to winning ways during the week with a 2-1 win over 10 man Bournemouth. It wasn't the most convincing of performances but a win is a win and now United travel to Derby looking to build on the result.

Speaking to the club's official website, Brian McDermott had the following to say:

"The only thing that mattered in midweek was to beat Bournemouth, and this is the same.

We have a game, then we have two weeks off. Let's try and get the points then see what happens.

I think this squad can put on a performance and get a result. That is the only thing that matters. We need a clean sheet if we can and we want to try and follow it up with another positive result."

There has been no win at Pride Park since 2002 for the Whites and Derby are going for their tenth consecutive win against United. There have been some happy memories at this ground though, including a game in which Jimmy Floyd Hasselbaink helped Leeds to a 5-0 win over the Rams.

There are no fresh concerns for Brian McDermott ahead of this game with Derby. There are decisions to make though after Dom Poleon left the bench to hit the winner on Tuesday night. 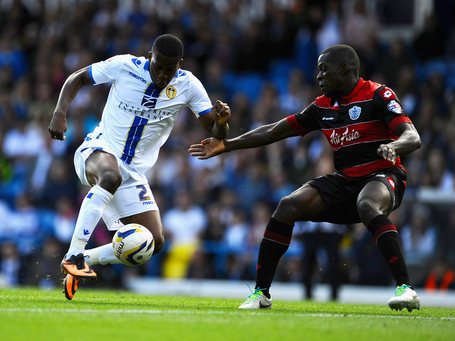 Meanwhile the gaffer must decide whether to start with Sam Byram as United continue to monitor the youngsters fitness following his return action after a hip problem.

Derby will be without Paul Coutts (Knee), Jeff Hendrick (Ankle) and James Bailey (Knee) for their clash with Leeds. Richard Keogh is available though after returning from suspension following his red card at Nottingham Forest last week. 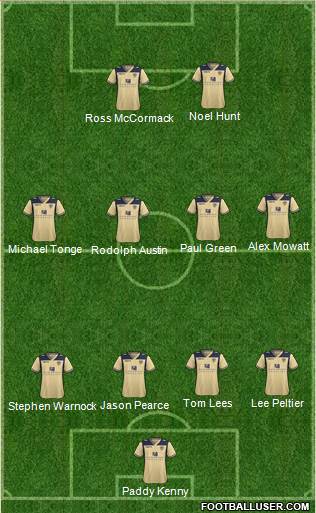 I think McDermott will start with the same team as Tuesday night against Bournemouth. Having been at the game, I have no idea what formation they lined-up in so I have put them in a 4-4-2.

Pride Park is a ground that United have really struggled on in recent times. I don't really think we are going to be changing that this weekend. Derby will be up for it after a good comeback during the week and with Steve McClaren taking charge for the first time officially, I expect the home side to pick up all three points. Hopefully I am wrong.