Match preview ahead of Leeds United's clash with Tottenham Hotspur at Elland Road in the fourth round of the F.A Cup.

Leeds United host Tottenham Hotspur at Elland Road this Sunday in the fourth round of the F.A Cup as their reward for seeing of Birmingham City in the last round. This is the first time United have reached the fourth round since 2010 when they went away to Spurs and gained a 2-2 draw thanks to a last minute penalty from Jermaine Beckford. The two sides may be renewing fairly recent Cup rivalries but United's inability to get back to the Premier League means that it is now over nine years since this fixture was a top flight one.

Neil Warnock has revealed he has a near fully fit squad to choose from. Adam Drury is out with the injury he suffered at Birmingham in the third round replay whilst Ross Barkley has not been granted permission to play by parent club Everton.

Luciano Becchio will be considered despite his transfer request and Michael Tonge is available after being ineligible for the third round replay with Birmingham.

For the Premier League visitors, William Gallas has been missing with a calf injury but could return for the trip to Leeds. Jan Vertonghen was also missing during the 1-1 draw with Manchester United because of illness but has returned to training this week.

Tottenham have got a whole host of world class players on there books but the obvious choice is Gareth Bale. Sam Byram is going to have his work cut out as he faces one of the best wingers in football on Sunday lunchtime. After coming through the academy at Southampton, Bale moved to spurs in 2007 for a fee of around the £5 million pounds. His initial progress at the London club was marred by injury, however that changed in the 2009-10 campaign when Bale scored back to back winners against Chelsea and then Arsenal as the White Hart Lane club qualified for the Champions League. A hat-trick against Inter Milan the following season then helped propel the Wales International to one of the hottest properties in European football. United need to hope Bale is having a rare off day when he visits LS11 this weekend. 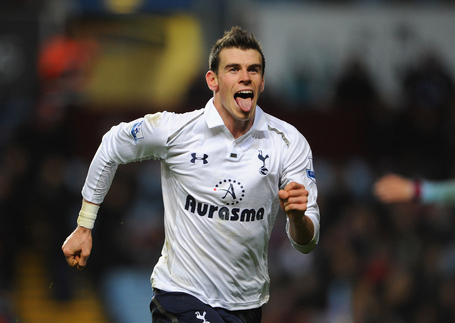 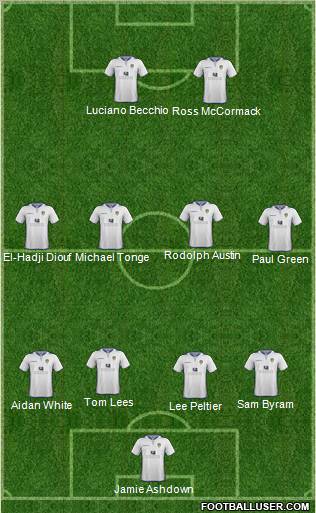 I think Becchio will play despite his transfer request. Warnock seems to have found his preferred centre back pairing in Lee Peltier and Tom Lees. Ross McCormack should play up front with El-Hadji Diouf out wide but it will probably be the other way round again leaving last season's top scorer out of position.

Will United beat one of the best sides in the Premier League and reach the fifth round? Normally I say never say never but given my current mood on all things Leeds United, I'm saying never. 4-0 Tottenham.