Attentions turn back to the league cup on Tuesday as United are rewarded for two 4-0 wins against Shrewsbury and Oxford United with another home tie against Everton in the third round. The tie sees the Whites face in-form Everton for the first time since 2004, the year in which United last played in the top flight. The Toffees currently sit third in the Premier League and convincingly took care of Swansea at the weekend, playing some fantastic football in a 3-0 win.

United are likely to be without skipper Lee Peltier who is struggling with a knee injury he picked up during United's 2-1 win at the weekend. Luciano Becchio is likely to continue in the side though despite a slight ankle injury. Becchio played through the pain at the weekend and bagged a goal in United's victory.

Everton are boosted by the return of goal-getter Nikica Jelavic to their squad. The Croatian missed Everton's 3-0 win at the weekend with a knee problem but will make the trip to Elland Road. Tony Hibbert and Darron Gibson are both out of the game though, Hibbert has a calf complaint whilst Gibson is struggling with a thigh injury.

Everton Assistant manager Steve Round had the following to say to the club's official website:

"The manager might make one or two changes but the squad is the same. Jelavic is fit and comes back in but otherwise it will be the same.

We are still without Tony Hibbert and Darron Gibson. The manager will pick the team on Tuesday and it will be a strong team no matter who he goes with."

It would be easier to select eleven players to watch tomorrow night, Everton's squad is full of quality and that has been reflected in the start to the season that they have had. However one man who United need to keep under control is Nikica Jelavic. The Croatian international has been loving his time in England since joining Everton from Rangers in January and in just 20 appearances so far, Jelavic has bagged 12 goals. This coming after 30 goals in 45 appearances for Rangers, it is easy to see why giving Jelavic a sight of goal is a bad idea. Jelavic has only scored once so far this campaign though and will be hoping to get his season kick started at Elland Road. 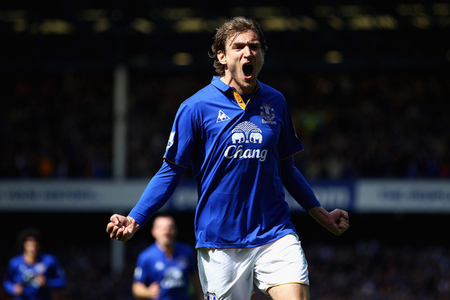 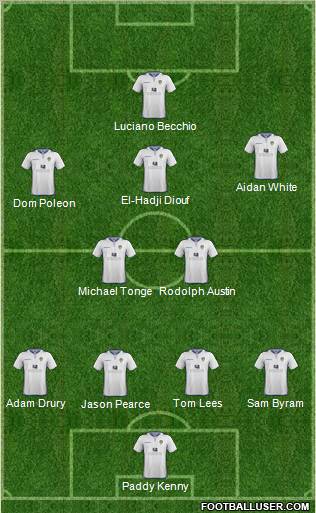 With Lee Peltier likely to miss out, I think Byram will drop back to right back and Aidan White will come in on the right wing, a position Warnock has used the youngster in before. Other than that, I think it will be the same Leeds United team that saw off Nottingham Forest.

Well you can never say never as far as Leeds United are concerned but I think Everton are going to win. I hope that United do what they did a few years ago against the likes of Manchester United, Tottenham Hotspur and Liverpool and rise to the occasion, producing a good display in the process. My head is telling me that Everton will win and win convincingly though.