Leeds United got back to winning ways at the weekend with a fine 2-1 victory over the much fancied Nottingham Forest at Elland Road. Neil Warnock was delighted with his men and below the jump, you can see what our manager had to say.

"We had no man of the match because it was a fabulous team performance. Every one of them worked their socks off. I was proud of them, especially when you consider that Forest had players worth about four or five million quid on the bench.

It was an exciting game and you just couldn't take your eyes away from it for a second. We've played some tough games so far and done well with the thin squad we've got."

"It was a late decision to play him. Luciano is a tough cookie. He knew we were desperate for him to play, so he didn't do much yesterday.

I told him to take his missus shopping because we couldn't risk him getting injured." 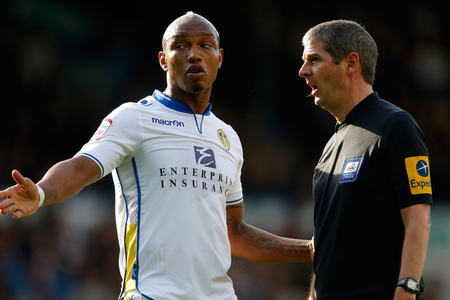 "We didn't deserve anything in the first-half.

We did well for the first 10 minutes or so and, for the life of me, I can't see why Dexter Blackstock's goal was disallowed before they scored.

Then in the blink of an eye we were two goals down. We responded well and got a goal back in the second half but I was frustrated with the referee.

I would describe Andy D'Urso's performance as baffling. I haven't a clue what a foul is any more after those strange decisions, though it was a difficult game to referee."

In my opinion the referee was equally as bad for both sides, if not more generous towards the visitors. Forest have little to complain about. It's all in the past now anyway and United got another three points on the board. On to Everton on Monday night before next weekend's trip to Bristol City.