Leeds United head into their second home game of the week knowing that three points are a must from their clash with Nottingham Forest. United lost 3-2 on Tuesday night at home to Hull City and should Neil Warnock's men fail to gain any points for the third game in a row then alarm bells really will be ringing. Forest gained the millions during the summer via a takeover that is so desired among Leeds fans and will start the match as favourites. Neil Warnock will be encouraging his players to make sure last seasons freak 7-3 result is forgotten but if you take that result away, the Whites actually have a good recent record against their opponents and will be hoping to gain a much needed win.

Recent news revealed that Ross McCormack could be sidelined until Christmas which is a bitter blow to Neil Warnock and Leeds United. David Norris and Paul Green continue to be sidelined and Luciano Becchio went off injured during the week and may face a race against time to be fit for the game. 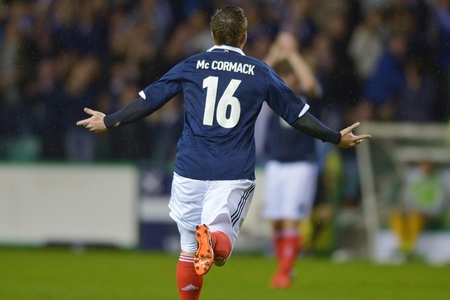 Sam Hutchinson limped out of Forest's last game with Crystal Palace but the visitors are hopeful the Chelsea loanee will shake it off in time to face United. Adlene Guedioura was sent off in that game and will begin his three match suspension.

My one to watch is Forest's number 10 Lewis McGugan. A product of the Nottingham Forest academy, McGugan is thought to be one of the brightest prospects outside of the top flight and the 23 year old banged in 5 goals last year adding to his tally of 13 the season before. Having already scored two this campaign, McGugan looks set to be nearer to his 2010/11 tally than his 2011/12 one. He can certainly strike a ball, as you can see in the video below and United cannot afford to encourage the midfielder to shoot from long range, otherwise they may regret it.

Tuesday night was very frustrating and looking at the players that Neil Warnock has fit, it is hard to back the Whites to win this fixture. I think Forest will win unfortunately, very worrying times seem to lay ahead.