United are back at Elland Road on Tuesday night for an important league fixture with Hull City. The Whites lost 2-1 at the weekend away to Cardiff and will be hoping to get back to winning ways when Steve Bruce's men come to town. Leeds haven't lost any of their last six meetings with Hull City and whilst four of those games have ended in a draw, you have to go back to April 2006 for United's last defeat to the Tigers.

Neil Warnock was handed a massive problem early on during the weekends clash with Cardiff when Ross McCormack was forced off through injury. Luke Varney or El-Hadji Diouf are the possible replacements for McCormack, who is thought to be out of action for a couple of weeks and the Scotland International joins David Norris and Paul Green on the absentee list.

Adam Drury was also forced off through injury at the weekend and will face a race against time to be fit for the game. Meanwhile Michael Tonge will continue in the side and make his home debut for Leeds United.

Hull will be without midfielder Seyi Olofinjana for their midweek visit to Elland Road. The midfield man picked up a hamstring problem during the Tigers convincing 4-1 win over Millwall at the weekend. Jack Hobbs, Matty Fryatt and Tom Cairney also remain on the sidelines for Hull whilst Paul McKenna will be serving the last game of his three match ban.

More positive news for Steve Bruce is that son Alex will be fit to face his former club. Bruce had taken a knock to his knee at the weekend but should be fit for action.

Robert Koren is a key member of the Hull City squad and given the opportunity can dictate the pace of a game and also has a goal in his locker. Koren already has two goals to his name this campaign, including the goal that got the ball rolling during Hull's 4-1 win over Millwall at the weekend. Hull were the grateful recipients of Robert Koren following West Brom's decision not to extend the Slovenian International's contract and Koren has wasted no time in becoming a favourite at the KC stadium. Koren is already well on the way to repeating his impressive goal return of 10 last season from midfield and United need to stop him from pulling the strings for Hull. 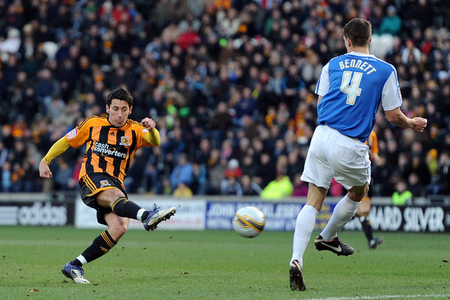 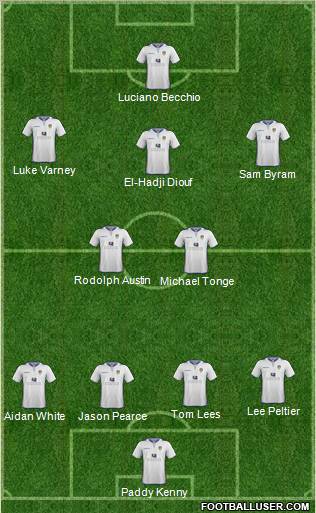 Personally I don't think Adam Drury will be risked, meaning Aidan White drops back to the left back slot. I think Luke Varney will take Drury's place in the side and take up his favoured position on the left wing giving El-Hadji Diouf the opportunity to occupy Ross McCormack's role just behind Becchio.

It doesn't get any easier for United and Hull come to town in fine form following the demolishing of Millwall at the weekend. Leeds could really do with getting back to winning ways but it has been made difficult by the absence of United's only real creative player in Ross McCormack. Despite having a bad feeling about the game I am going to back the lads and say that we will get our second home win of the season.