The international break is finally coming to an end and it is back to the football that really matters this weekend. Neil Warnock's men return to action in Wales to face a side they haven't beaten since 1984. Cardiff have become somewhat of a bogey team for Leeds United over recent years and the side from Yorkshire have tried and failed on 13 occasions since then to beat the Welsh side. Cardiff are perennial chokers in the Championship play-offs but with the additions of Craig Bellamy and Nicky Maynard to name a few, their squad may now be good enough to join Swansea in the English Premier League. They beat Wolves 3-1 at home thanks to a Peter Whittingham hat-trick last time out before the International break and will be looking to build on that, leapfrogging United in the table in the process when the Whites come to town on Saturday.

Neil Warnock will be without midfield duo Paul Green and David Norris. The latter was ruled out for a month during the international break giving the gaffer a midfield headache. However, Warnock has drafted Michael Tonge in on loan from Stoke City, a player he knows well following their time together at Sheffield United and the midfield man could go straight into the side for the trip to Cardiff.

Neil Warnock has no other injury worries and all of United's internationals returned home unscathed including Ross McCormack who is set to face his former side tomorrow.

Craig Bellamy was missing last time out for Cardiff but may return in time to face Leeds. Ben Turner, another member of Cardiff's squad who has been injured lately will be assessed ahead of kick-off.

It is hard to choose this weeks one to watch because Cardiff have a number of quality to players within their ranks. I am going to opt for former Bristol City and West Ham front man Nicky Maynard. Maynard, a Neil Warnock target before his move to Cardiff, signed for Bristol City from Crewe for a club record fee of £2.25 million and he bagged 46 goals for the club in just over 100 appearances. His eye for goal earnt him a move to West Ham United last season but unfortunately for Maynard, he didn't quite make it for the London side and only notched 3 goals in 16 appearances. Maynard is also yet to get his name on the score sheet for Cardiff but he will be looking to change that this weekend and United can't afford to give Maynard any sight of the goal. If United are to have any chance of achieving their first win over Cardiff for years then Maynard is one of the men who needs to be tightly marked. 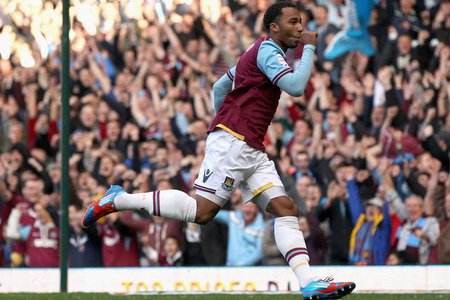 Cardiff took care of Wolves in their last home game without any trouble at all. This is going to be a tough, tough away fixture, as Cardiff always proves to be for United. The same result as last year would be greatly received and I do think we are capable of bringing all three points home from Wales, I really do but unfortunately I think that on this occasion, the Cardiff hoodoo will continue and the home side will come out on top 2-1.