Leeds United wrapped up their pre-season with a 1-0 friendly win away at Burton Albion on Monday night. The victory means that Neil Warnock's side finish pre-season unbeaten following victories away at Farsley, Tavistock, Bodmin, Torquay, Preston and Burton as well as a draw with Norwegian outfit Sandefjord.

Other than the goal that Luke Varney scored last night to give United the win over Burton, there wasn't really any other major chances for either side in what was a poor game. Nevertheless the Whites were largely in control and it was another good workout for United. Both Rodolph Austin and Lee Peltier were given their first outings in a Leeds shirt and Austin looks like he has the makings of a fans favourite. The loudest cheer of the night came when United's new number eight fired a long range effort just over.

Speaking to the official website about the game, Neil Warnock had the following to say:

"It was another good workout, the pitch was good, there was a good crowd, and it was just what we needed.

We came out with no injuries, we're still lacking a few goals, but overall I've been pleased. The new lads got a game and for Rodolph and Lee to get 70 minutes was good and they fitted in well.

You'd have thought Rodolph had been here all his life the way he settled down. He's an asset for us because he can play in another couple of positions as well. There were some more plusses and there were no holds barred in the game."

"He's done ever so well. He's really enjoying it with the crowd and atmosphere. I thought Norris did better as well.

I was pleased with quite a number so it's looking quite promising at the minute. The centre halves have done well and are fitting together. I think we've got a decent 11 but we might have to look to some of the youngsters at times."

It's back to serious business for Neil Warnock now though and preparations will begin for his sides first competitive game of the season on Saturday against Shrewsbury at Elland Road in the Captial One Cup. The starting eleven on Saturday may not be too different from to the team that lined up last night. However Aidan White, who played in the left back role last night, has enjoyed a more attacking role in other pre-season games, scoring a few goals in the process. Paul Green played on the right side of midfield whilst Adam Drury sat on the bench. There could be some rotation in those positions for the game on Saturday.

Last nights game spelt the end of a pre-season that has been largely overshadowed by uncertainty over the club's future. Summer breaks usually involve a lot of silly rumours but this year it has been slightly different and the word on everybody's lips has been 'takeover'. The club confirmed that they were in talks regarding investment months ago but the prolonged silence from them means that nobody knows what is going on and the takeover has either slipped to the back of people's minds or they have just assumed the worst and they feel that if there ever was a takeover on the cards, it has now fallen through. All we can do is speculate because we have been told very little. The club never used the word 'takeover', has it all been a scam? Is it something as little as stadium sponsorship? If Ken Bates has programme notes for the Shrewsbury game on Saturday it will give us our strongest indication yet of what is going on behind the scenes. If he is in the programme, then it probably means that he is staying put.

Throughout all the uncertainty Neil Warnock has remained, something which at times didn't seem likely and he has worked extremely hard in order to bring in his transfer targets. So far we have seen ten arrivals in what has been an extremely busy summer at Elland Road. Jason Pearce, Adam Drury, Paul Green, Paddy Kenny, Andy Gray, Jamie Ashdown, Rodolph Austin, Luke Varney, David Norris and Lee Peltier have all joined the Whites and the only major target that Warnock has missed out on seems to be Joel Ward. As well as missing out on Ward, Warnock has had to deal with other blows such as the departure of captain Robert Snodgrass. The former Sheffield United manager couldn't do much more to keep his man, he offered him a great new contract, he told him he would be his captain, he would build the team around him but unfortunately Snodgrass wanted to join Howson and Johnson at Norwich. Other players to leave the club have included Adam Clayton, Andy Lonergan, Andy O'Brien, Alex Bruce, Mikael Forssell and Maik Taylor. Warnock also hopes to see the back of the likes of transfer listed Paul Connolly and Billy Paynter who have been attracting interest whilst the future of Ramon Nunez still looks unclear as United fail to find a possible buyer for the Honduran. Finally, who could forget about Paul Rachubka who remains on Leeds United's books...Yes, I forgot about him too.

I have said it before but I think Warnock deserves a lot of credit for how he has operated under some tough, tough circumstances. Judging from the type of player we have brought in, we are going to be much harder to beat than we have been in the last two seasons. We are lacking attacking prowess but hopefully Warnock will be able to add a Snodgrass type player or a goalscorer to his squad in the coming weeks. If we have to fight our way to promotion and get lots of scrappy 1-0 results, personally I don't care if it means promotion. 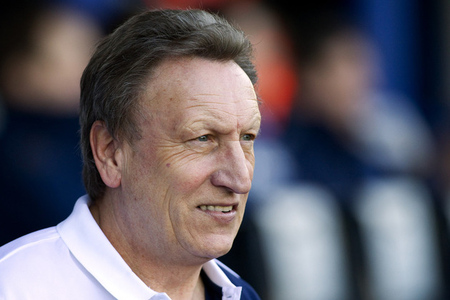 Things could have been a lot worse by this point, Neil Warnock could have jumped ship and our squad, which is still pretty small, could have been non-existent. However, it could too be much better of course, the proposed takeover could have gone through and we could be looking at a Leeds United squad full of superstars. Unfortunately nothing is ever simple with Leeds United and what we do have is a squad that I think will be hard to beat this season. It's going to be another tough season and the squad still needs adding to but I believe we still have a chance of making that extra step this season and finally getting back to the Premiership.