Attention turns back to the league this Saturday following another solid 3-0 midweek win in the cup against Oxford United. It's the second home league game for United so far this campaign and it will be the second recently relegated side that Neil Warnock has welcomed to Elland Road. The Whites battled hard for a 1-0 win on the first day of the season against Wolves and this time United welcome Steve Kean's Blackburn Rovers to Elland Road for the first league meeting between the two sides since Leeds were relegated from the Premier League in 2004.

Neil Warnock made six changes to his side for the midweek visit of Oxford United but the likes of Lee Peltier, Paddy Kenny, Luciano Becchio and Ross McCormack will all return to the starting eleven. David Norris also missed the 3-0 win on Tuesday night and will be assessed ahead of kick-off. Norris picked up a knock in the win over Peterborough last weekend and may miss out against Blackburn.

Meanwhile Paul Green is still on the absent list for United after Neil Warnock forecasted that the midfielder could be out of action for up to eight weeks.

Blackburn's £8million new boy Jordan Rhodes will go straight into the squad and the Scotland International is likely to make his debut at Elland Road. Colin Kazim-Richards is a doubt for Rovers though after missing the last two games with a knee problem.

Morten Gamst Pedersen and Nuno Gomes were both rested for Blackburn's cup game during the week but both are expected to return to the starting eleven this weekend.

My one to watch this weekend is pretty much done for me and it's all £8million pounds worth of Jordan Rhodes. The now former Huddersfield front man put pen to paper on a four year deal with Rovers a matter of hours ago and will make his debut at Elland Road on Saturday. Whether his debut will be from the start or from the bench, United will have to keep Rhodes in check this weekend if they are to keep their fourth competitive clean sheet in four games at Elland Road so far this term. It is hard to imagine Huddersfield would be in the Championship today without Rhodes' 87 goals in 148 appearances for United's Yorkshire rivals. Blackburn fans will be hoping Rhodes can be as prolific at Championship level and help fire them back to the Premiership at the first time of asking. 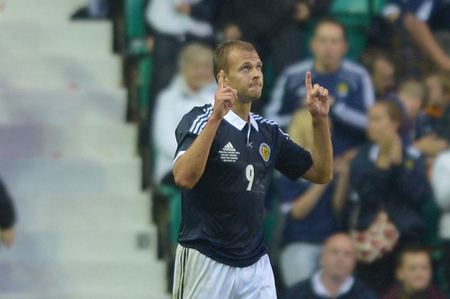 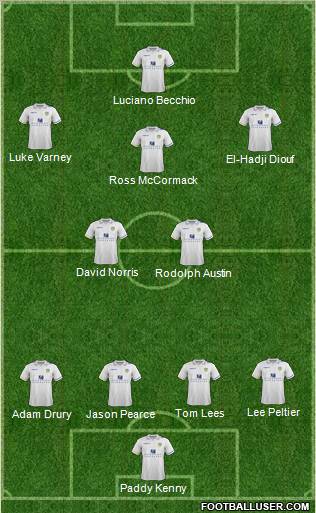 I think that David Norris will win his fitness battle and take his place in United's midfield for the game with Blackburn. I've also gone for El-Hadji Diouf to keep his place in the team ahead of Sam Byram, despite a wonder goal from the youngster during the week. Diouf will be up against one of his former teams in Blackburn and should be up for the game, unless of course he is no longer at the club and in that case I think Byram will get the go ahead on the right wing for Leeds.

The games aren't getting any easier for United who have done well to get two league wins out of three up to now. Hopefully the Whites can put an end to Blackburn's unbeaten start to life in the Championship and get another important win. I'm going to go for another tight game in which Leeds come out on top in, 1-0.