The games keep coming thick and fast for Leeds United as they host League Two side Oxford United in the second round of the Capital One Cup on Tuesday night. Oxford won the competition in 1986, beating Queens Park Rangers 3-0 in the final, however they will be looking to reach the third round of the competition for the first time in a decade when they visit Elland Road this week. The U's currently sit top of League Two following three league victories out of three and Neil Warnock's side will have to produce a display similar to the one which saw them put four past Shrewsbury at Elland Road in the first round if they want to progress to the third round.

Neil Warnock looks set to tinker with his side after naming a similar line-up in all four of his sides games so far this season. Adam Drury made his Leeds United debut at Peterborough at the weekend and may continue in the left back role while Andy Gray could make his first start since returning to Elland Road during the summer. Someone else that may get a run out could be youngster Dominic Poleon who made a substitute appearance at the weekend as well as against Shrewsbury in United's 4-0 win in the last round. 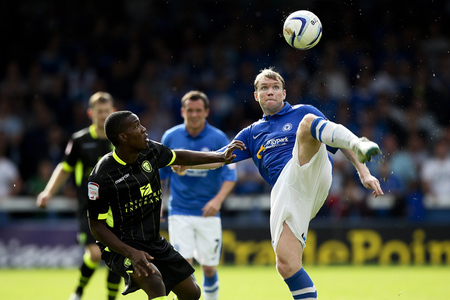 Oxford have a number of names on their injury list including former United defender Michael Duberry. Duberry, who made only 57 appearances for United across six years is joined by Peter Leven, Andy Wing and Lee Cox in the treatment room while Deane Smalley and Jake Forster-Caskey are doubts.

Oxford have started the season in great form with Deane Smalley and Tom Craddock currently lead the scoring charts at the club. With Smalley a doubt for the game, my one to watch is Craddock after his two goals against Southend helped the U's to one of their three successes so far this season. Craddock signed for Oxford late in August 2010 from Luton where he hit 30 goals in 70 appearances and since his move to Oxford he has become one of the club's main strikers, using his pace and trickery to help Oxford United's cause. If the League Two club are to cause an upset, Craddock could be one of the players to make it happen. 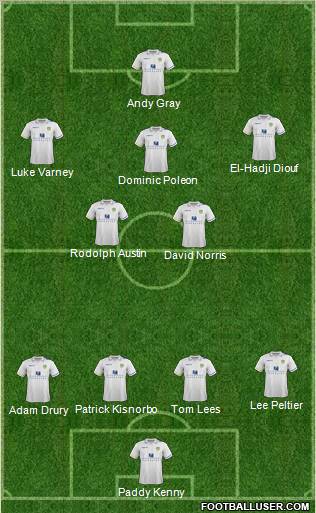 Neil Warnock is expected to change his side for this game and I think he will give a second Leeds United debut to Andy Gray. I also think Dom Poleon will be given his full debut while Patrick Kisnorbo will be given his first start of the campaign. I think the rest of the team will stay as it is because despite wanting to play an experimental side, Warnock doesn't really have much else at his disposal does he?

It will be good to have a look at Dominic Poleon from the start and hopefully Warnock will do that. United should get to the third round of the League Cup for the 15th time in 17 years and I think they will. It won't be easy because as well as getting to the second round, Oxford have started on fire this season and are the early leaders of League Two. They will give it their all but I think the Whites will be comfortable 2-0 winners.