United make the trip London Road this weekend to face Peterborough in what is their third game in a week. It was a ground last season where Leeds stole a last gasp winning goal against the ten men of Peterborough United. You can read more about one of the best away trips of last season here. The Whites have a good recent record against tomorrow's opponents and have only lost one of the last six meetings. Darren Ferguson's side are yet to record a point this season and will be hoping to avoid losing the first three games of the season for the first time since 1972.

Leeds captain Lee Peltier will lead United out despite playing on after suffering an apparent dislocated shoulder during Tuesday nights loss away to Blackpool. Paul Green will continue to be unavailable for Neil Warnock. The manager expects the former Derby midfielder to be out of action for around 6-8 weeks after he was injured during the opening day win over Wolves.

Tyrone Barnett will be put through a late fitness test for the hosts. The striker has yet to be involved so far this season because of a hamstring injury. Emile Sinclair is at Darren Ferguson's disposal though after recovering from an ankle injury.

Leeds United have been strongly linked with a move for Peterborough's George Boyd all summer and so he is my one to watch this week. Boyd has been with Peterborough since 2007 and has notched 59 goals in almost 250 appearances. Boyd, who normally operates as a winger, can also play as the central striker and has scored Peterborough's only goal so far this season during their 2-1 defeat at home to Millwall. Boyd will want to show Neil Warnock exactly what his side are missing when they make the trip to London Road and United need to stop him from pulling his team's strings. 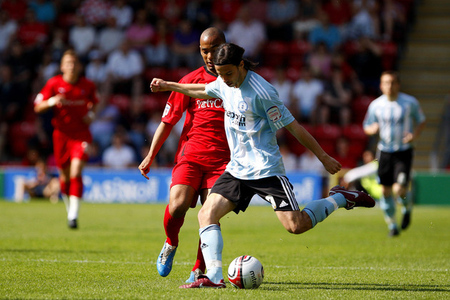 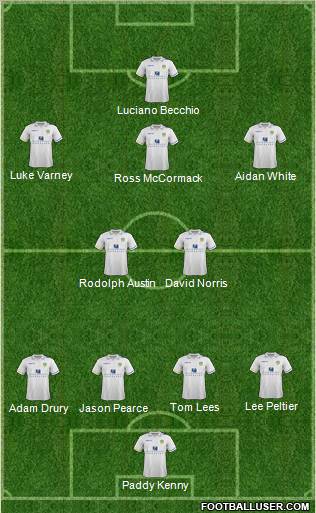 It's a little tricky to predict the United line-up at the moment. Nobody expected Lee Peltier to play left back on Tuesday night but he did. I've gone for White to continue in midfield and Drury to come in for his debut. It seems strange that the former Norwich defender hasn't had a game yet and that might continue tomorrow. I've predicted that Drury will replace Byram in the back four and Peltier will switch back to right back, his favoured position. Who knows what will actually happen though.

It's going to be another tough away trip for United's threadbare squad. Hopefully the front line will be able to hold the ball up in the opponent's half more often, the main problem on Tuesday night was that the ball was coming straight back at United's defence and despite giving it a good go, Paddy Kenny could only hold on to his clean sheet for around 75 minutes. Peterborough will be keen to get their first points of the season under their belt but I think United can stop that from happening. Keep it tight at the back and a little bit more going forward and Leeds can take all three points at London Road. 2-1 Leeds.