United head to the seaside for the midweek clash with Blackpool full of confidence following their opening day success against Wolves. The final result of the last six meetings between these two sides in the last section of this preview comes from England's world cup winning year of 1966. That should give you an indication of how little these two sides have met in recent years. Last season was saw the first meetings between the clubs in 40 years and Blackpool made the most of it, smashing six goals without reply across the two fixtures with five of those coming at Elland Road during the Paul Rachubka horror show. Like United, Blackpool also got their season off to a good start with a 2-0 away to Millwall and will be looking to build on that when Neil Warnock takes his side to Bloomfield Road on Tuesday night.

The Whites are likely to be without summer signing Paul Green on Tuesday night. The midfielder left proceedings in the first half at the weekend after an injury ruined what had been a good start to his Leeds career from the former Derby man. El-Hadji Diouf replaced Green shortly before half-time and the former Senegal international may get his chance from the start against Blackpool.

The hosts impressed on Saturday but boss Ian Holloway hinted that he could rotate his lineup for the Leeds game. Two of the players that could be in line for a start are Angel Martinez and Nouha Dicko.

"The good thing for me is that I can change that whole midfield on Tuesday night if I want to.

I think the lads have to realise that I'm going to change it throughout the season. I almost played Angel on Saturday, but as long as the players realise what I'm doing we can be strong and fresh."

Kevin Phillips could keep his place in attack after overcoming a hamstring injury in time to face Millwall at the weekend. Matt Phillips will continue to miss out though as he continues to try and force his way out of the club following interest from the Premier League.

Thomas Ince got both of Blackpool's goals in their 2-0 win over Millwall and Blackpool's number 11 will be hoping to continue his great start to the season against the Whites on Tuesday night. Thomas, son of Paul, came through the academy at Liverpool and spent some time on loan at Notts County before signing for Blackpool for an undisclosed fee in August 2011. He scored eight goals during his debut season at the club which included their equaliser in the play-off final against West Ham. Unfortunately it wasn't enough to see Blackpool gain promotion to the Premier League but if Ian Holloway's men are to make that extra step this season, Ince is sure to be an integral part of the team. 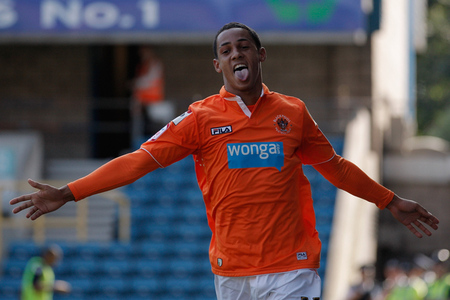 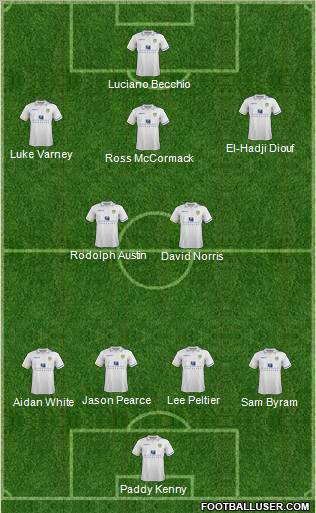 I think Warnock will want to keep things as they are. Obviously the injured Paul Green will miss out and I think he will be replaced by Diouf, as he was on Saturday. Another option for Warnock though is Adam Drury. He could bring Drury in at left back and put Aidan White in a more advanced role of the right hand side of midfield. Tom Lees is likely to be on the bench again as Sam Byram continues to cope brilliantly with the pressure of first team football.

It's going to be a big ask but after Saturday's promising start to the season I can't see any reason why United can't come away from the seaside with all three points. We're going to need to produce another solid display but I think we can do it and we certainly owe them one after last season's embarrassing 5-0 defeat at Elland Road. Having said all that, Blackpool are a tough nut to crack under Ian Holloway and I'm sure Neil Warnock will be delighted with anything other than a defeat. I'm going to stick with my positive vibes though and I think the lads will record another solid 1-0 win.