McCormack States His Desire To Stay With Mackail-Smith On The Brink?

Share All sharing options for: McCormack States His Desire To Stay With Mackail-Smith On The Brink?

Last seasons biggest goal threat for United, Ross McCormack, today stated that his intention is to stay at Leeds but that he is waiting for a fresh contract offer from the Whites.

McCormack was offered a new deal right at the start of the summer break but clearly didn't feel the terms offered were acceptable and his future has been the subject of much speculation over the course of the summer. Clubs such as Crystal Palace and Huddersfield Town have reportedly been looking to grab themselves a bargain and snap up the talented attacker.

Speaking about his future, Ross McCormack had the following to say:

"Everyone knows there has been offers for me which have come into the club, and the club have turned them down. I'm just waiting on an offer of a new contract and we'll take it from there.

I've said from day one, I've got a house here, I've got an eight-month old baby, my missus is happy here, and my choice would be to stay at Leeds so hopefully the offer is one that I think is acceptable."

McCormack is one of very few players who have remained in Neil Warnock's squad following the massive overhaul of players during the summer. United's number forty four's goal threat and creativity could be key if United are to mount a serious promotion challenge during the upcoming season. Following the departure of Robert Snodgrass to Norwich, Snodgrass' fellow Scot could even become United's main man depending on the amount of game time he is given once the action kicks off on August 18th.

"Out of the team that started last year there wasn't many of us over here (Norway) which shows the changes, but when you have a season like last year, which wasn't good enough for Leeds United, there's always going to be change.

The boys that we've brought in are good lads. We had a good chance to get to know each other in Cornwall, and I've played against lads like David Norris so you get to know them anyway. The more good players there are in the squad the better it is. That will drive the player in the team to deliver their best stuff every game.

The core of the group is here. If you look through the middle of the team, you've got Pearcey, Leesy, and Martin Cranie who I hope will get a deal. In the midfield you've got Michael Brown, David Norris, Rodolph Austin, who is supposed to be a good player, and Paul Green, then there's Paddy Kenny and Jamie Ashdown, and don't forget Luciano up front.

So the core of the team, the spine down the middle is looking good. It's maybe out in other areas and getting a few bodies in." Said McCormack speaking to the clubs official website.

Throughout the summer, One of Warnock's main priorities has been to keep Robert Snodgrass on board and I think that had he managed to do that, there would have been more of a chance of Ross McCormack leaving. Comments made by the manager earlier in the summer suggested that Ross was going to be playing more of a bit part role this season. Now that Snodgrass has abandoned ship though, Warnock seems to view McCormack as a more important member of his squad.

"Ross knows I want to keep him. I've had a chat with him. His representative will be talking to the club over the next few days.

We've had a couple of enquiries for him, but I don't want to sell him unless something happens that we can't turn down."

Something which is a necessity for Warnock whether McCormack stays or goes is the need to acquire another striker. United have been heavily linked with Brighton striker Craig Mackail-Smith and Sky Sports understands that Leeds may be closing in on a deal for the former Peterborough man. Mackail-Smith, who hit ten goals last season in all competitions (including three against United) is thought to be Warnock's number one target for the striker position.

Sky Sports also mention the rumours that Ross McCormack could be used in a swap deal to bring Mackail-Smith to Elland Road. Given the news today regarding McCormack, that deal seems unlikely so Warnock would more than likely have to splash the cash to get his man baring in mind Brighton payed £2.5million for Mackail-Smith 12 months ago. Despite reports that Gus Poyet is ready to let Mackail-Smith go, he hasn't completely written his Brighton career off after revealing the striker has a chance to play in this weekend's friendly against European champions Chelsea. Therefore a deal may not be as close as Sky Sports seems to think it is. 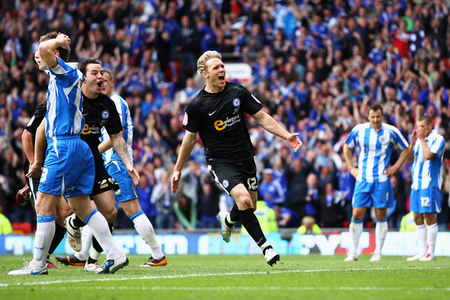 Personally if I was given the choice of Ross McCormack or Craig Mackail-Smith, I would pick Ross McCormack everytime and should that deal go ahead, I feel Brighton would be getting the better deal. Warnock is probably the type of manager that could get the best out of Mackail-Smith and I am not completely against signing him but if it means Ross going the other way then thanks, but no thanks!

As mentioned previously, given today's revelations, the proposed deal which would see McCormack swapped for Mackail-Smith seems unlikely but what do you think? Have your say in the poll below!