This weekend sees the return of the Npower Championship season as United entertain recently relegated Wolves at Elland Road. The last time Wolves visited West Yorkshire was for a pre-season friendly in 2010 and goals from Max Gradel, Lloyd Sam and Bradley Johnson saw Leeds comfortably beat the then Premier League Wolves. However, the game will be the first time Wolves have visited LS11 for a competitive match since 2006 when a Jay Boothroyd goal was enough for the visitors to take all three points. You can read more about that game and Kevin Blackwell's demise as Leeds United manager here.

Earlier in the week the boss expected Tom Lees to return to the fold after missing last week's game with Shrewsbury Town with a groin injury. David Norris who captained the side against Shrewsbury was also struggling with a slight knock but should be okay for the game. No other injury worries have been reported for the game.

"Leesy should be okay. Hopefully he'll have a full session on Thursday. I'm hoping Norris will as well. They both looked a bit doubtful last weekend, but I'm hoping they will be okay. There's no other problems." Said Warnock speaking to the club's official website.

Matt Jarvis is in contention to start for Wolves despite wanting out of the club. Steven Fletcher will miss out though due to an ankle injury. Jamie O'Hara will also miss the game following a double hernia operation while Republic Of Ireland International's Kevin Doyle and Stephen Ward are both doubts.

Wolves have a number of quality players within their ranks who are more than capable of stinging sides at this level including the likes of Stephen Hunt, Adam Hammill and Steven Fletcher. The latter has been the subject of a number of bids from Sunderland recently but none of the bids have matched Wolves' £15million price tag and the uncertainty over his future alongside an ankle injury could rule him out of the game with Leeds. Despite being a doubt for the game, my one to watch this week is Fletcher's fellow striker Kevin Doyle. Although he hasn't been the most prolific of strikers since he became Wolves' record signing at the time in June 2009, Doyle still managed to finish his first season with Wolves as top scorer with nine goals and he is also known for his hard work for the team. The last time the Republic of Ireland International was in the Championship, he hit 18 goals for Reading and I think his target for this season will be to at least match that. He will certainly be a danger to Championship defences this year and should Doyle be fit enough to play, United's new look defence need to keep him at bay. 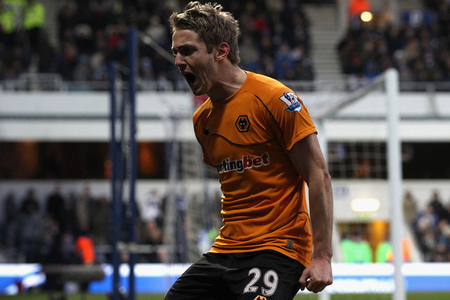 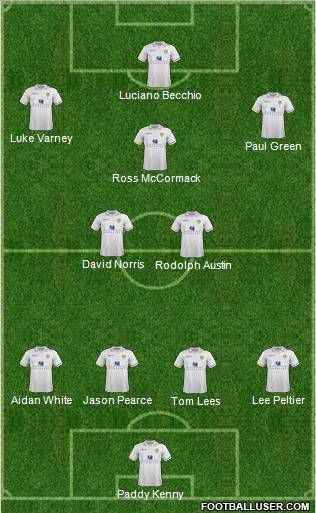 I don't think the manager will change too much from last weeks 4-0 success against Shrewsbury Town. The only change I have gone for is the return of Tom Lees after he missed last week through injury, I think he will replace Sam Byram who played right back last week whilst Lee Peltier moved in to the middle. Byram had a great game last week but I don't think Warnock will want to throw him into his starting eleven for the opening day fixture with Wolves.

It's going to be a tough opener but we should be used to tough games in this division now. The league gets more and more competitive each year and to get out of it, you have to be pretty good all year round. Neil Warnock has worked tirelessly to bring in ten players to the club (eleven if you count Diouf) and it looks as though he has made us into a much more solid outfit that will be harder to beat than we have been in recent years. Everybody wants to start the season with a win and United have lost their last two opening day fixtures since returning to the Championship. I don't think we will get the hat-trick tomorrow but it is going to be a tight game, my heart is saying we will win 2-1 but my head is saying we will have to settle for a draw.