Since Robert Snodgrass followed Jonny Howson to Norwich City last month, there has been a major vacancy available within the first team squad. The sale of Snodgrass was of course the second time in a matter of months that United had let their captain go to Norwich and Neil Warnock has had his thinking hat on ever since as he tries to find a new captain for the club.

Plenty of the squad have had their opportunity to wear the armband since Snodgrass left and Michael Brown, Paddy Kenny, Luke Varney, Tom Lees, Jason Pearce, Paul Green and Ross McCormack have all had a go. It may be the most recent man to have worn the armband who has become the front runner though. David Norris captained the side to a 4-0 win over Shrewsbury Town on Saturday and an impressive display may just give the former Portsmouth man the edge over his teammates. 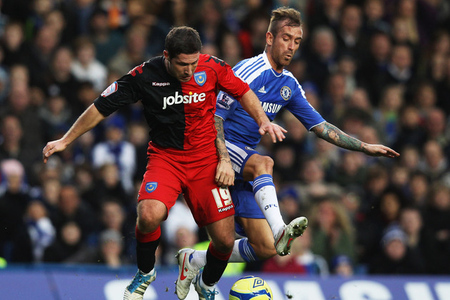 Neil Warnock today suggested that he has nearly made up his mind on who he wants to lead his side this season. He had the following to say to the club's official website:

"It's a big quandry for me really. We haven't got an out and out captain as such, but we have a lot of good people and a lot of good players so I decided to give it to someone else again on Saturday.

Everyone has had a shout at it, and I'm sure all the lads who've done it will remember it because it's a big honour to captain Leeds United.

I suppose it'll be an hour and a half before kick off on Saturday when I decide, but in my own mind something came up on Saturday that hit me and I'll probably go with that feeling."

So it looks as though the gaffer has almost come to a decision but who do you think should be the next player to wear the captains armband for Leeds United?

David Norris seemed to rise to the occasion at the weekend but personally I'm still not sure who I want to do it. Have your say in the poll below!