Rogers And Kisnorbo On The Comeback Trail

Share All sharing options for: Rogers And Kisnorbo On The Comeback Trail

The Leeds United treatment room could soon be two members down after it was revealed that both Patrick Kisnorbo and Robbie Rogers are nearing a return to fitness on the club's official site.

Patrick Kisnorbo has been out of action since he suffered a knee injury in the 2-1 win over Burnley back in January. It is the second serious injury the Australian has endured during his three years at United after the defender injured his Achilles tendon in the final throes of the Whites' promotion campaign from League One in March 2010. However United's number three has once again battled hard to overcome the injury and is said to be in the 'final stages of recovery'. The Patrick Kisnorbo who made 21 appearances for Leeds last season before injury wasn't quite the same defender who won the player of the year award as well as the players player of the year award in his first season at the club. Not only are the club playing at a higher level now but the injury seemed to take away some of Kisnorbo's effectiveness as a defender. It is hard to say what kind of impact the latest injury has had on Kisnorbo but one thing is for sure, he will continue to give 110% when he returns in pre-season and he won't be ready to give up on his Leeds United career just yet.
United's American winger Robbie Rogers also suffered a nasty injury towards the end of the season during United's 4-1 win over Peterborough. However, following rehabilitation in his homeland with LA Galaxy, Rogers looks set to overcome his ankle injury in time to be involved with pre-season. The former Columbus Crew attacker has been unlucky with injury since he arrived in West Yorkshire during the January transfer window. After coming on as a late substitute to make his debut against Doncaster Rovers, Rogers was almost immediately forced off following a clash of heads with Rovers defender Tommy Spurr. Rogers will be keen to overcome his injury in time to get a good pre-season behind him and will aim to make that the catalyst for a good first full season on English soil.
Meanwhile, Davide Somma is expected to once again miss the whole of pre-season after his knee injury forced him to miss the whole of last season. With Somma missing so much action I don't think too much will be expected of him at all next season, especially given the fact that the South Africa striker won't have had a pre-season behind him. Last season we saw the impact of not having a pre-season when it took Luciano Becchio a long time to get his form back after being injured during pre-season. 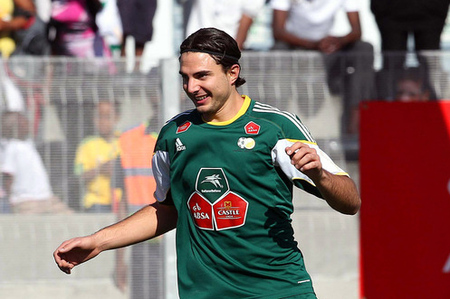 Leeds United manager Neil Warnock had the following to say on the injury front:

"I can't see Davide Somma being available until September or October. I can't see him starting anything really until the end of August."
"I don't think the other lads will be in with us right at the start because it will be too intense, but they will be doing good workouts to build them up so they can join in when the games start."