Varney & Keogh Linked With The Whites Whilst Lonergan Could Depart

Share All sharing options for: Varney & Keogh Linked With The Whites Whilst Lonergan Could Depart

The summer break is normally a time of year in which Leeds United are linked with countless footballers who are apparently high on the club's wishlist. However this year 'silly season' has been overshadowed by takeover/ investment talks which have taken many people's minds away from potential transfer targets. Nevertheless, names are still being bandied about and the latest two names to be linked with United are Portsmouth's Luke Varney and Coventry's Richard Keogh. Meanwhile goalkeeper Andy Lonergan has been the subject of a reported bid from Bolton Wanderers as speculation continues to mount regarding Paddy Kenny's supposed move to Elland Road.

United's interest in Luke Varney appears to be more than just a rumour following an article in the Yorkshire Evening Post claming that a move to Elland Road is 'quite close' for Varney. With Pompey strapped for cash, United seem keen to get all they can out of the League One club. Manager Neil Warnock has already snapped up defender Jason Pearce and is thought to be keen on Varney's team mate and former Ipswich Town midfield man, David Norris. Varney, who can play up front or on the left wing, doesn't get many goals and finished last campaign with six goals to his name. However, 100% effort and teamwork are two things which mean Varney has been a fans favourite at many of the clubs he has plied his trade at which include Blackpool, Sheffield Wednesday, Derby County, Charlton Athletic and Crewe Alexandra before a £750,000 transfer fee saw him spend last season at Fratton Park. 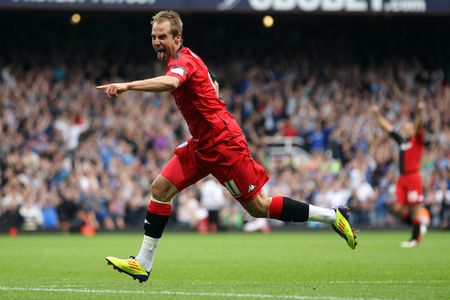 Yorkshire Evening Post writer Leon Wobschall also believes that United are interested in Coventry City defender Richard Keogh. The 25 year old has made almost 100 appearances for the Sky Blues but is thought to be seriously thinking about his future following Coventry's relegation to League One last season. The Irishman can play at right back or at the heart of the defence and started his career at Stoke City before having spells at Bristol City, Wycombe Wanderers, Huddersfield Town, Carlisle United and Cheltenham Town. United may be put off Keogh given City's £1million valuation of the defender unless the supposed investment/takeover comes to fruition sooner rather than later. 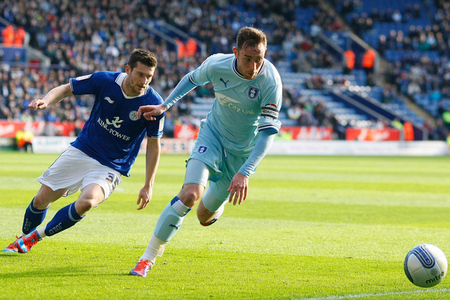 Meanwhile Andy Lonergan could be on his way out of Leeds United as Sky Sports understands that Bolton have lodged an offer for the shot stopper. Lonergan was United's first choice keeper during the last campaign but Neil Warnock is reportedly on the verge of signing Paddy Kenny from Queens Park Rangers. Should the deal for Kenny go through it will be the fourth time that the former Republic of Ireland keeper will have played for Warnock. The current Leeds gaffer has managed Kenny at Bury, Sheffield United and Queens Park Rangers. Bolton are on the lookout for a new keeper following Jussi Jaaskelainen's depature. However, there are no guarantees that Lonergan, formerly of Preston North End, would be first choice at the Reebok Stadium either after Adam Bogdan, still at the club, spent much of last season between the sticks for the recently relegated side. 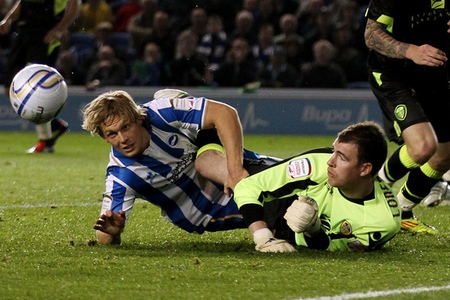 Warnock has already added Jason Pearce, Adam Drury and Paul Green to his squad for next season but with Pre-Season just around the corner, the former Sheffield United manager would like things to start moving quickly so he can get his squad into shape ready for the Wolves game on the 18th August. It seems that the investment/takeover is key to any further new arrivals at the club but it would appear that Warnock has three of four lined up ready to sign on the dotted line when the money is available. Unfortunately the next couple of weeks look set to be a massive test of patience.