Share All sharing options for: Warnock Confirms Interest In Peltier But A Striker Is Now A Priority

Neil Warnock today confirmed to the press that Lee Peltier is one of a few players on his wishlist as he looks to complete his squad for the new season. Peltier has long been rumoured as a target for Warnock who has already added Jason Pearce and Adam Drury to his new look defence.

Huddersfield Town were also believed to be vying for the signature of the Liverpudlian, however today it has emerged that Simon Grayson is not prepared to meet Leicester City's valuation, which is believed to be £850,000. With Huddersfield the only rumoured competition for the right back, United may now be the only side offering Peltier a way out of Leicester, something which is thought to be a wish of his. However, £850,000 seems to be a large sum and one which United are not accustomed to splashing out on one player. United are believed to have just received £3million though from the sale of Snodgrass and perhaps a large chunk of that could be spent on the defender.

Peltier is not the only right back in Neil Warnock's thoughts though and the manager had the following to say to the official site:

"We've made enquiries about a few. There's three on the radar and Lee is one of them so we'll see what happens. I'm sure we'll pull a full back in over the next week."

Despite all the talk of bringing Peliter to the club, Warnock's next priority seems to be to bring some attacking flair to the club following the departure of Robert Snodgrass to Norwich. Numerous strikers have been linked with a move to Elland Road including Jay Boothroyd, DJ Campbell and Nicky Maynard. Jermaine Beckford has also been linked with a triumphant return to the club he helped fire back to the Championship. 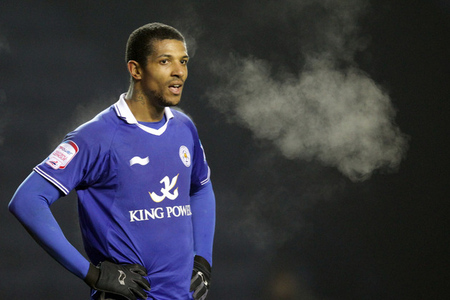 Not only has Warnock lost Snodgrass but last seasons top goalscorer Ross McCormack has also been heavily linked with a move away from the club. As things stand, Warnock's solid looking squad appears to be short of goals. Here are Neil Warnock's thoughts on the situation:

"We're making enquiries and signing strikers is a big focus for us. I'll definately be bringing at least one in. We don't know what's going to happen with Ross and I want to strengthen that area by getting lads who we know will score goals in the Championship. It'll be a relief when we sign someone of the calibre I'm looking for.

There's work to be done there but we've got three weeks until the season starts. It's time enough to put the icing on the cake but it's going to take some hard work. This summer's been nothing but hard work."

So there is still work to do for Warnock who continues to work hard for Leeds United. At the moment Leeds look like a team that will be hard to beat but we certainly need some flair in the team. Hopefully the manager will be given what he needs to go out and get some.