Warnock's pursuit of Norris has been no secret and it has been a long, drawn out process. At times it looked as if Norris would once again head elsewhere after former manager Simon Grayson reportedly missed out on the midfield man last summer when he opted for Portsmouth. Yorkshire rivals Sheffield Wednesday appeared favourites for Norris when he held talks with the club earlier on in the week but Neil Warnock has finally got his man and Norris will further strengthen United's midfield, which has already been bolstered by the signings of Paul Green and Rodolph Austin.

Neil Warnock had the following to say on his latest signing:

"I've always liked him since he was at Plymouth and I've followed him since then. He has good energy and the way we are at the moment you can't get enough good players in that area. I think he'll fit in well, he'll fight for his place and give us competition. He'll be another good signing I think.

He's got a knack for goals. I've already mentioned about Paul Green scoring a few goals this year and it's the same with Norris. I think he has got that in his locker. I'm looking for goals from midfield to help us with the loss of Snodgrass. We need to compensate that even though we're looking to sign strikers. That will go a long way to help us with goals from other areas as well.

I think David always wanted to sign for us. It was just typing up everything and being able to give him the go-ahead. There's a number of clubs he's spoken to who were hoping and hanging on for him so it's good to put it over the line." 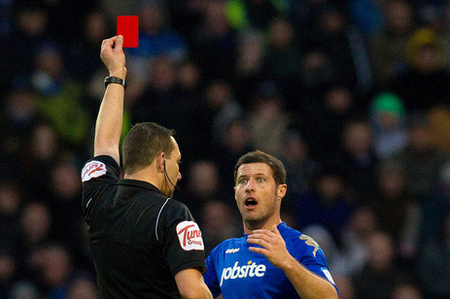 As Robert Snodgrass looks to tie up his move away from Elland Road, Neil Warnock is piecing the final pieces of his squad together. All that is missing is the 'icing on the cake' and around three signings of real quality. The Npower Championship begins three weeks on Saturday and personally, I have complete faith in Warnock's ability to go out and get some attacking flair ready for our assault on the league next season.

In other news, United continued their pre-season schedule with a 4-0 win against Bodmin last night. The goals were provided by debutant Luke Varney, Andy Gray, Ross McCormack (pen) and Aidan White. The Whites have now racked up 15 goals in three pre-season games and head to Torquay for their next outing on Friday night.