The Summer Of Leeds United So Far

Share All sharing options for: The Summer Of Leeds United So Far

With it now over a month since Jermaine Beckford's return to Elland Return on the final day of the 2011/12 season, I think it is safe to say that things haven't panned out the way that Neil Warnock wanted them to. The former Sheffield United and Queens Park Rangers manager made it clear that he wanted to bring in his players immediately and as quickly as possible, which is what he did at Loftus Road the summer before QPR returned to the Premiership as champions. With Pre-season fast approaching at Thorp Arch, what has happened so far at Leeds United?

On May 4th United made their first summer signing in the shape of former Portsmouth defender Jason Pearce for a fee believed to be close to £500,000. The capture of Pearce was a great start to proceedings and gave the impression that perhaps Warnock was going to be given what he wanted. Perhaps he was going to be given the backing required to finalise deals for the targets he felt were needed for a promotion push during the forthcoming season. 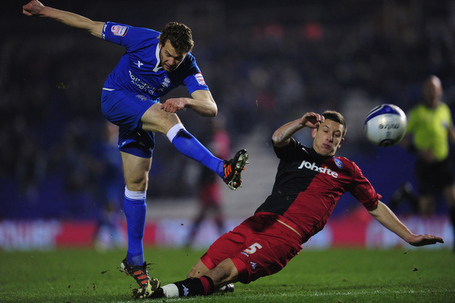 However, over a month has passed since Pearce signed for the Whites and with the fans becoming increasingly restless, things seem to have become rather stagnant at the club. Joel Ward opted to sign for Crystal Palace after it was made public that Jason Pearce's former Portsmouth team mate was one of Neil Warnock's targets. Rumours suggested that United couldn't or wouldn't pay the £400,000 asking price for the defender which sparked further annoyance amongst the United faithful. Despite Leeds being unable to conclude the deal for Ward, Bates has had plenty of money to splash out on court cases. The news was broken yesterday that Bates was ordered to pay £10,000 damages to Melvyn Levi, a former club director with it being said that Bates has wasted up to £4 million of the club's money trying to fight two 'old age pensioners'. Yet Leeds United fans are expected to be happy when forced to watch third rate footballers grace the turf at Elland Road because there is no money in the pot for quality players. It is likely that Ward isn't the only target that Warnock has missed out on in the last few weeks, the United manager was desperate to seal at least one deal before his holiday that he is due back from anytime now. Inevitably, he was unable to do so, and left for the beach frustrated.

There is also yet to be any movement in getting transfer listed players out of the club. The manager may be required to ship some of the 'deadwood' out that failed to make the retained list before he can bring anyone in. In addition to this, players Warnock does want to keep are yet to sign the new contracts offered to them. Ross McCormack, Aidan White and Robert Snodgrass have all stalled on signing new deals. Captain Snodgrass has publicly stated that he has been lied to in the past and will not commit his future to the club until the Chairman shows some ambition. Meanwhile Aidan White will be free to leave the club should he fail to agree a new deal over the next few weeks as his contract is due to expire this year unlike the Scottish duo McCormack and Snodgrass who have another year left on their current deals. The only man to go against the trend is Tom Lees, who has in fact managed to agree a new deal with the club, signing up for another four years. Most things at the moment seem to be going against Warnock though, so it comes as little surprise that there is talk in the press that he set to quit his post as United manager. It may simply be paper talk but it is still unsettling for players and fans alike. 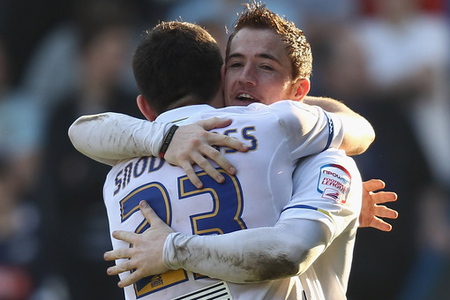 Transfer talk has been put on the back burner recently following strong rumours that the club are currently in takeover talks. There has been no confirmation from the club that they are in fact takeover talks, however a short statement was released by the club stating that "talks were taking place regarding investment for the long-term future of the club". Initial excitement within Leeds fans has again turned to unrest following the ongoing silence from the club. Many believe the rumours to be too good to be true but due to there being no word from the club, rumours continue to be rife amongst supporters. Could it literally all be to take peoples minds away from the lack of transfer activity or are United set to be taken over? Surely it can't simply be investors lining Ken Bates' pockets because that will go straight on the hotel and casino. Nobody knows for sure and we just have to wait until the club tells us what is going on.

It is still early days, the season doesn't start until the middle of August and there is still plenty of time for Warnock to assemble the squad that he wants. In a few weeks time, we could even have new owners, new players and everything could be looking rosy. Leeds fans do like to panic but the signs don't look good though, pre-season is just around the corner and in my opinion, I feel Warnock would have wanted at least 75% of his squad in place by now. As it stands, he has signed one player, the players he wants to keep don't seem to be interested in staying at the club, including the man he wants to build his team around, Robert Snodgrass. Last summer was incredibly disappointing but the way this year is heading, it could be even worse for United fans. Hopefully things will take a turn for the better in the not too distant future.