Which Transfer Listed Players Could Stay at Elland Road?

Share All sharing options for: Which Transfer Listed Players Could Stay at Elland Road?

With the constant rumours of an impending takeover and the arrival of two new players last week, it's fairly easy to forget about those players still at Elland Road.

This morning Ross McCormack was linked to Bristol City, a fairly surprising move it's fair to say. McCormack's move away joins Clayton's links to Reading and Burnley, as well as the ongoing suspicions that Robert Snodgrass will leave the club, should Leeds fail to bring in any quality players.

But apart from the main three mentioned, there have been very few concrete rumours with any other United player heading for the exit. Apart from the odd story here or there, (in particular the Billy Paynter story to Brentford) none of the current players on the transfer list have been rumoured to be leaving anytime soon.

This got me thinking...could we start the next season with a number of unwanted players still at the club?

The answer is probably yes and for a number of reasons. Firstly, last season 60/70% of the squad were terrible. So apart from the odd exception, most of the players may have to move down a division in order to regather their form and prove their worth. The problem becomes worse as the clubs in lower leagues can't afford the wages of our players...despite us paying peanuts to every player.

At the moment, United have six of their players on the transfer list and we're eagerly awaiting to see if any will move on. I've decided to comply a little section on each and the chances of them staying/leaving the club come August. 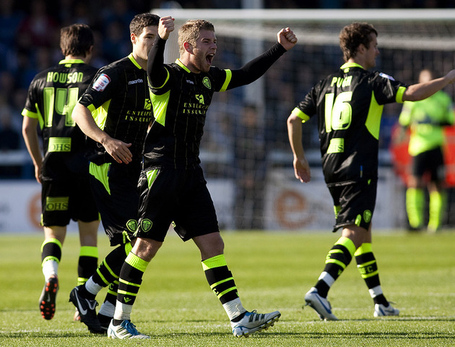 The shock announcement that Clayton had been placed on the transfer list left some fans reeling and others unfazed. Clayton started the season like a house on fire but as the pressure and expectation mounted his performance level dropped. As the stand-out player on the transfer list I expect Clayton to be the first to leave. His contract runs out in a year, he has bags of potential and played over 40 games for the club last season, and will be available for a cut price. The only way Clayton could stay is if the rumoured investment/takeover happens and Leeds can pay him his desired wage. 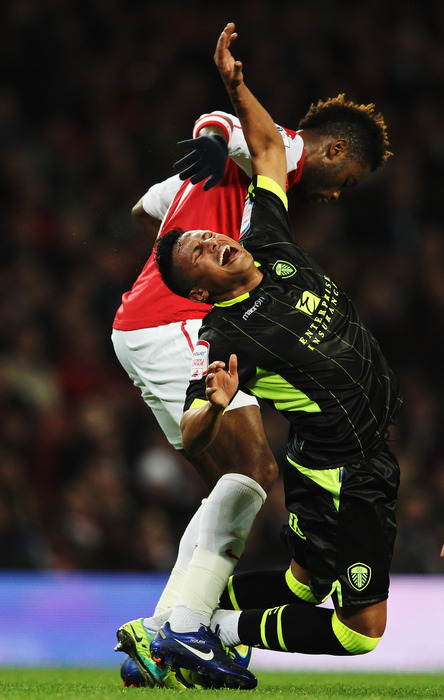 Ahhh little Ramon. The so-called replacement for Max Gradel soon turned out to be a flop despite his solid performances against Bradford City and Hull at home. The Honduras international was committed to the cause by focusing all his attention on Leeds but for me Nunez just doesn't cut it. Two seasons ago, Nunez spent time on loan at Scunthorpe and scored a few goals. His main problem is his inability to play in a certain position. His constant drifting inwards drove me insane last season and in this day and age you can't leave your position. Nunez would be a great acquisition for a League One side, he has a powerful right-foot and I don't expect him to be on a big wage.

The forgotten man Andy O'Brien never really got going after making his move permanent following a successful loan spell. Last season's revelations of his battle with depression explained some of the reasons behind his poor performances. O'Brien came in to steady the ship at the centre of the defence, but in truth he made it rock. His ageing legs are catching up with him, but he does provide experience and assisted Neil Redfearn during his three game spell. I think O'Brien could stay at Elland Road, simply because nobody has seen him feature in a side on a regular basis since the 2010/2011 season. Although he's getting older, I suspect O'Brien will be on a decent pay-packet and could be a real handful to offload. 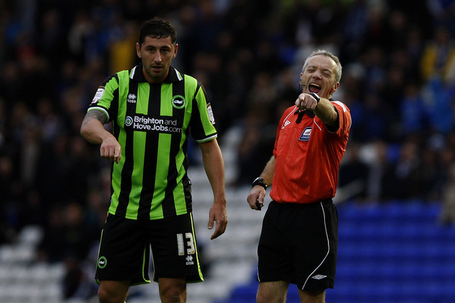 Billy 'barn door' Paynter's arrival at Elland Road came as no surprise to many, considering his free transfer status and his exceptional talent against us and the rest of League One in the 2009/2010 season. Billy had a shocker of a first season, but his pre-season injury had an effect in my opinion. Last season he didn't get much of a look in either, doing nothing on loan at Brighton before returning to Leeds. His brace against Peterborough was a nice moment for him but although many see him leaving this summer I'm less certain.

Paynter will have received more wages as he moved on a bosman and has in the past rejected moves away from Elland Road. His interviews with the press have suggested he's determined to prove his worth and Warnock may struggle to find a target man if there's a lack of cash available. 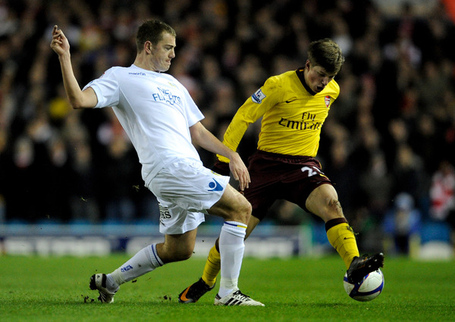 Mr.Connolly is one of the reasons for my growing stress levels watching Leeds United last season. His first season was average he never really did anything too major either wrong or right. The last campaign was a disaster and after the New Year demolition by Barnsley was dropped from the squad. Connolly like Paynter and O'Brien will struggle to find a new club for me, simply because he's pretty s**t. Nobody will want to risk putting them in their team, especially in this division. Connolly wil have to drop down a division surely?

Chances of staying at Leeds United - 5/10

I've just typed his name and had a flashback to that horrible HORRIBLE night against Blackpool. And Coventry. And Peterborough.

Yes the quicker Paul leaves the club the better. What's more surprising is I can see Rachubka leaving a lot easier than anyone else. Firstly I bet the players struggle to look at him still, so Warnock hasn't got much choice. Secondly, he has experience within the football league and at a push the Premier League. His spell at Leyton Orient towards the end of last season didn't go too badly so maybe a return to League One is a possibility. Plus Leeds are signing Paddy Kenny so cya Paul!

Chances of staying at Leeds United - 1/10

I've had my say but what's yours. Have your say below!!