Snodgrass In No Hurry As Robinson Returns To Bolton!

Share All sharing options for: Snodgrass In No Hurry As Robinson Returns To Bolton!

Leeds United must play the waiting game over Robert Snodgrass after he revealed in an interview with the Yorkshire Evening Post that he is no rush to sign a new contract.

Neil Warnock has told Snodgrass that he plans to build his team around him but the Scotland International said:

"I can't sit here and say I'm doing this decision for myself. It's never really been about me; I've just come down here and signed a contract and played for Leeds United and got on with it."

"But now I need to sit down with my family - the people who matter most - and try and see where the next step is. I've a year left and if nothing comes about, I'll be here at Leeds United and hopefully be part of what will be a successful promotion season."

"It's the end of the season and we'll take a break a little bit. The club will be trying to get their signings in as well and I know Neil Warnock has got his ball rolling already and he's trying to sign a few and you'll see them come up over the next few weeks."

Snodgrass was offered a lucrative new deal to make him the highest paid player at Elland Road but it seems he is really unsure about putting pen to paper on it. It looks as if the Leeds fans are in for a long wait to see if the Scotland International will remain at the West Yorkshire club.

Meanwhile Neil Warnock has indicated he will not be signing veteran left back Paul Robinson. Robinson didn't play against Leicester City on Saturday and the manager said:

"He had a slight stiff muscle but I saw the Leigh Bromby injury last week and I felt it wasn't right to play him, I don't think I'll be taking him next season and if that's the case then I didn't want him getting injured in a nothing game. I played young Zac in the middle and Pughy had to fill in at left back for one game." 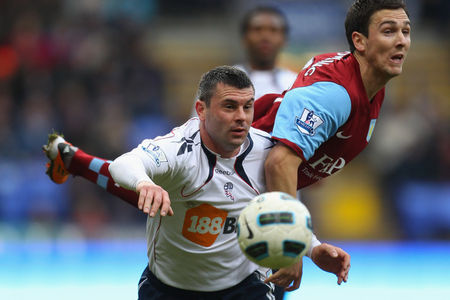 Robinson, who made ten appearances for United, will be available for Bolton's last few games as they look to remain in the top flight.