Neil Warnock and Brian McDermott go into battle on Good Friday as Leeds travel to Reading with their season all but over. Reading are the Championship's form side and will go to the summit with a victory over Leeds at the Madejski stadium at least until Southampton play Portsmouth on Saturday.

Reading are looking to do the double over United after picking up a 1-0 win at Elland Road back in December courtesty of a Simon Church goal. Should they manage to get all three it points it will be their seventh home win a row and their twelfth in fourteen league outings. Conversely, a win for Leeds would only be their fourth in their last twelve games. The Whites haven't scored against Reading in the last three meetings between the sides and will have a job on their hands to do so this time with the Royals having the joint best defence in the entire Championship. The good news for United is that they are yet to lose on the Road under Neil Warnock and are looking for a third consecutive win away from home and should they get it, it will be their 500th away win in league football.

Neil Warnock will be without a number of first team players for the trip to Reading as injuries, suspensions and illness have all hit the squad hard. Darren O'Dea, Adam Clayton and Paul Connolly all miss out through suspension. The latter was given his marching orders after receiving his second yellow card during the dying embers of the 2-0 home defeat to Watford last week. Meanwhile Aidan White could be missing for the rest of the campaign after suffering another ankle injury last time out. Moreover two unnamed players are said to be suffering from a virus could miss out for the Whites.

Players who could return to the team include Danny Pugh, Ramon Nunez, Zac Thompson, Leigh Bromby and Andy O'Brien.

Reading hope to be able to call on Jimmy Kebe and Jem Karacan. Kebe suffered from cramp last week in the win over promotion rivals West Ham while Karacan broke his nose in the same game. Adam Le Fondre could be brought back in to the fray for the Good Friday clash with Leeds after he missed the West Ham game with a knee injury. Jay Tabb could miss out for the Royals though, the former Coventry City man damaged a rib at Upton Park while goalkeeper Mikel Andersen remains out of action with a knee injury.

Leeds United defenders seem to have a major problem in dealing with big, strong front men therefore the one to watch this week is the vastly experienced Jason Roberts. Since begginning his career at Hayes, Roberts has enjoyed spells with Torquay, Bristol City, Bristol Rovers, West Brom, Portsmouth, Wigan and Blackburn before eventually arriving at the Madejski Stadium in January of this year. The Royals' number 33 has had a successful career which has seen him bag no fewer than 162 goals which includes 5 in 12 starts since dropping down to the Championship from Blackburn in January. Roberts is sure to fancy his chances of adding to his 5 Reading goals so far when Leeds come to town with the Whites conceding on 59 occasions so far this campaign. 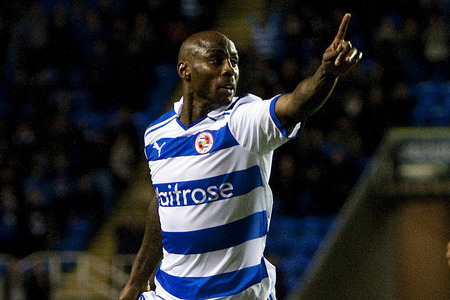 Well with the season all but over Leeds have little to play for other than pride. Reading on the other hand have got it all to play for and are in a great position with six games to play, it is looking more and more likely that they will be plying their trade in the Premiership next season. Most people, Neil Warnock included think that Reading are the best team in the league and the game has come at the wrong time for United, who have lots of injuries and suspensions going in to the game. I imagine there will be players getting an opportunity in the side who are yet to do so since Warnock came in and it is up to them to show the former QPR manager that they should be in his plans for next season. I don't think the game will be as bad as a lot of Leeds fans are fearing, firstly we more often than not perform to a better standard away from home and secondly, United normally put up a good fight against the better sides in the division. I do think Reading will get the win though against an experimental Leeds side.