Leeds United host Leicester City for the final game of what has been a turbulent season for the Elland Road club. It has been a season to forget for United and one which has seen the club change managers as Simon Grayson was replaced by Neil Warnock at the helm. United followers have endured a dissapointing season and the best placed finish they can hope for is tenth should results go their way on Saturday afternoon. Big spending Leicester have also had a poor campaign and despite spending big bucks have failed to secure a place in the end of season play-offs. Leeds can finish above the Foxes with a win but should Leicester secure all three points, it will mean Leeds have lost eleven home league games this year and will be a new club record. The Whites got the better of Leicester in the reverse fixture with a fine strike from Adam Clayton being enough to record all three points. United will be looking to end the season on a high, recording the double over Leicester in the process.

Michael Brown is available for selection after the veteran midfielder sat out the last three games through suspension. Boss Neil Warnock must decide whether to put Brown back into the side at Zac Thompson's expense though after the youngster was handed a start in United's last outing at Cardiff. Tom Lees is expected to feature despite breaking his nose a reported four times throughout the season. Lees, a product of United's academy, will have surgery on his nose in the close season. Meanwhile Leigh Bromby joined long term absentees Patrick Kisnorbo and Davide Somma in the treatment room at Thorp Arch after he ruptured his patella in the game with Cardiff City last week and Warnock doesn't expect to welcome Bromby back to the side before Christmas.

Leicester boss Nigel Pearson has somewhat of a selection dilemma in midfield as both Neil Danns (groin) and Richie Wellens (knee) are missing while Andy King (foot) is a doubt for the clash with Leeds. The injuries mean Danny Drinkwater may get the nod alongside Sol Bamba who has been used as a makeshift midfielder in recent games. Jeffrey Schlupp is also out for the Foxes but Darius Vassell and Martyn Waghorn could both return to action as they return from injury.

My final one to watch of the season will be a familiar one to all United fans. Jermaine Beckford scored 84 goals during his spell with Leeds United. His goals included the goal that sent the Whites back up to the Championship after spending three long years in League One and also the goal that saw Leeds come out 1-0 winners at Old Trafford in January 2010. Beckford left Leeds for Premiership side Everton after being a major catalyst in United's rise back to the Championship and notched 10 goals in his first season as a Premier League striker. Sven Goran-Eriksson snapped Beckford up on Deadline day back in August but the former Elland Road goal-getter has had mixed fortunes since arriving at the King Power Stadium. Beckord has been reported to have had bust ups with Nigel Pearson, who has since replaced Eriksson as manager at Leicester and tried to offload the striker on a number of occasions. Nevertheless the one time Chelsea trainee has still hit 15 goals in all competitions for the Foxes and will be looking to show United just what they have been missing since leaving the club in 2010. 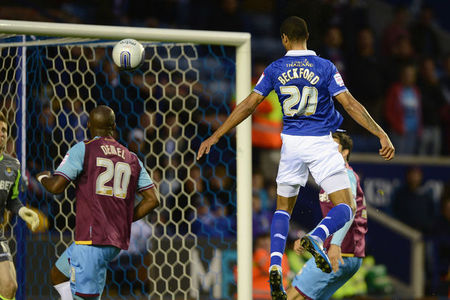 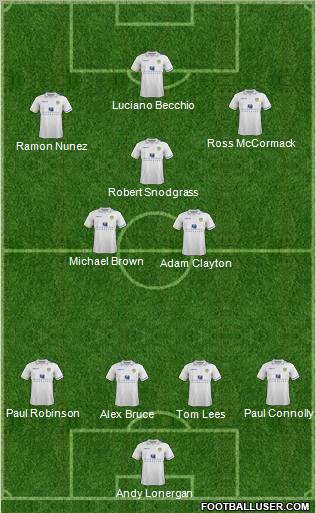 With Neil Warnock revealing to the club's official website that it is 'Important we pick our best side on Saturday' I think the former QPR manager will field a strong side for the final day showdown with Leicester. I also think that Nunez will be given another chance from the start to impress with Michael Brown coming back into the side following suspension.

Although this is a pointless end of season clash that spells the end of a poor campaign for the Whites, it would still be nice to sign off with a win and finish as high in the league as possible. I'm pretty sure Beckford will grab at least one goal and I will be sure to put a bet on him doing so. Therefore, I think we're gonna have to score a few to get the win. I think we will do that and get the win, ending a terrible season on a high by doing so.