Leeds United head to Wales to face Cardiff City for the penultimate game of their 2011/12 campaign. It will be the second game in a row in which United have faced a sided aiming to secure their place in the end of season Play-offs. A win for the League Cup finalists would see them once again qualify for the Play-Offs but should United steal an unlikely victory, they would be doing Middlesbrough a massive favour who sit four points behind Cardiff in seventh place. The odds are stacked massively in Cardiff's favour who haven't been beaten by the Whites in eleven matches, having won seven of those and drawing four. Leeds' last victory against Cardiff in Wales came back in 1984 in the shape of a 1-0 victory at Ninian Park. Neil Warnock's side have lost four of their last five games but go in to the game looking for their 500th away win in League football.

Leeds will be a defender light for the last two games following the decision to send Darren O'Dea back to parent club Celtic. O'Dea would have missed the game with Cardiff through suspension anyway following his red card on Tuesday night against Blackpool. Possible replacements for O'Dea in United's starting eleven include Alex Bruce and Paul Connolly. Should Connolly be included, Tom Lees, who has played at right back during the last few games is likely to revert to his favoured position of centre back.

Craig Conway is out for the hosts after the midfield man suffered ankle ligament damage against Watford on Easter Monday. Rudy Gestede and Don Cowie are also both doubts for Malky Mackay's side. Gestede is suffering from a hip problem while Cowie has a minor niggle which could rule the Scotsman out of the game.

Cardiff City have a number of players who can hurt a side but none more so than top-scorer Peter Whittingham. The former Aston Villa man leads the clubs scoring charts with 12 goals this season and has scored 65 goals in total for the Welsh club since joining them in January 2007. Not only does the 27 year old midfield player know where the goal is but he also has the ability to constantly lay on goals for his team mates and has made 12 assists this season, the most within the Cardiff squad. United need to figure out how to keep Whittingham quiet if they are to have any chance of winning in Cardiff. 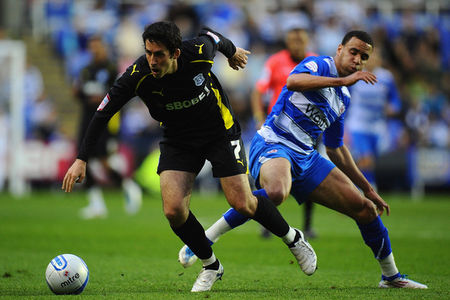 While many will see these last two games as a nuisance and will just want them out of the way, I'm sure that isn't the view held by the United fans travelling down to Cardiff from 3am tomorrow morning. The Whites need to put on a show to reward the support that continues to be given to them by beating Cardiff at the twelfth time of asking and keeping Middlesbrough in the play-off picture by doing so. It's going to be a tough game, as it always is for Leeds against Cardiff but I think that we are more than capable of coming away from Wales with something. United deserved at least a point on Tuesday night and were unlucky to not do so, unfortunately I think the outcome of the game tomorrow might be a similar story and the Whites will suffer a narrow loss. 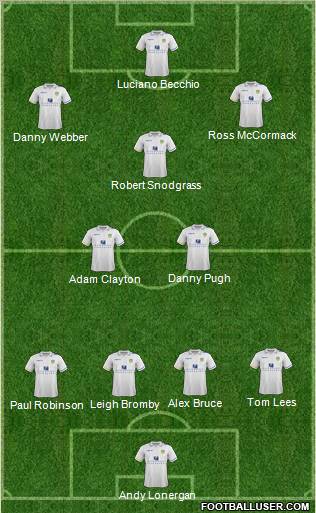 Becchio is the man that will replace Billy Paynter in United's attack while McCormack, Snodgrass and Webber will be the men playing just off him. Nunez could get the nod ahead of Webber but once again I think Warnock will stick with his former Sheffield United front man. I think Alex Bruce will come in for the departing Darren O'Dea, all three of Tom Lees, Alex Bruce and Leigh Bromby have played at right back this season so who is picked there tomorrow is anyone's guess but I have gone for Tom Lees once again.