Neil Warnock’s Leeds United travelled to the seaside to face a Blackpool side aiming to secure their place in the top six with the hope of featuring in the end of season play-offs. There were two changes to United’s starting eleven as Danny Webber came in for the injured Robbie Rogers while Paul Robinson was restored to the side at left back in place of Charlie Taylor. Meanwhile Billy Paynter kept his place in United’s attack as Luciano Becchio had to make do with a place on the bench.

It was an ill-tempered encounter at Bloomfield Road, if not on the pitch then certainly in the stands with fights breaking out in the stands towards the end of the game. United started as they meant to go on and tried to take the game to Blackpool with the first real chance of the match falling to the Whites defender Darren O’Dea who headed over when it was perhaps easier to hit the target. The game could have been completely different had that early chance hit the back of the net, however that miss was effectively an invitation for Blackpool to come into the game and they started to play some football as United allowed them the time and the space on the ball that they required.
Leeds shot stopper Andy Lonergan was in good form though and was equal to the efforts that the likes of Lomana Lua-Lua had to offer. Furthermore, When it looked as though the goal was there for the taking, there was a United head there to deny the hosts. Lonergan made a particularly good save from Blackpool’s Tom Ince low to his left when it looked as if the son of former England Midfielder, Paul, was set to put the home side into the lead.

Robert Snodgrass was desperately trying to keep Leeds United ticking over in midfield as the game was beginning to become slightly open. His frustration was clear to see when just before half-time Ross McCormack was bundled over by former Leeds defender and fellow Scot Stephen Crainey. Some good work from United top-scorer McCormack saw him bare down on goal and just when it looked as if he was going to unleash a shot it appeared he was caught by Crainey. I can neither confirm nor deny that it was a penalty but it certainly looked like one and the Whites skipper Robert Snodgrass obviously felt the decision was an injustice as he surrounded the referee who waved away his and United’s claims.

One question I would ask though is if the referee isn’t going to give a penalty, why isn’t he then booking Ross McCormack for diving? United had another good chance and this time it was Danny Webber who failed to beat Matt Gilks in the Blackpool net. A smart counter attack had seen Robert Snodgrass feed Webber but unfortunately for Leeds Gilks was equal to his shot and the scores remained all square.

The first half was pretty even but United weren't far away from shading it and the second half began as the first had ended with the away side looking to take control as the home supporters began to get frustrated at Blackpool’s toothless attack. Billy Paynter picked up a knock and was swiftly replaced by Luciano Becchio who took up his job of spearheading United’s attack. Snodgrass continued on his mission of driving Leeds forward when he completed a mazy run which took him to the byline inside Blackpool’s box. It was a clever run but much to his annoyance there was a lack of support for the Scotland International and his cut back failed to pick out a blue shirt in a sea of orange shirts.

The Whites were beginning to enjoy a purple patch during the second period but regrettably were unable to make the most of set-pieces in dangerous areas. Ross McCormack almost forced Leeds into the lead with a powerful free-kick but once again Gilks was not to be beaten in the Blackpool goal. A number of corners were also squandered as Leeds failed to get past the resolute Blackpool defence led by their rock Ian Evatt.

The play-off hopefuls failed to muster much of an opportunity during the second period but the inevitable happened in the last ten minutes of the game and the Tangerines were 1-0 up. It was Angel who slotted the ball past Andy Lonergan to send the largely quiet home support into raptures following some good build up play from Tom Ince down United’s left hand side. Paul Robinson did have the chance to clear the ball earlier in the move after the man on loan from Bolton came out on top of a strong challenge. However there was a lack of communication between him and Ross McCormack who both just left the ball and allowed the Blackpool forward to nip in and take the ball.

Ultimately it cost United and many would argue that this sort of scenario has been the story of their season. Leeds have earned themselves somewhat of a reputation of late and the misery continued to be piled on as for the fourth time in five matches United were to finish the game with ten men. Darren O’Dea had been booked earlier on in the game and the Ireland International picked up his second yellow card in the final few minutes to become the latest Leeds United player to take an early bath. It is safe to say that the yellow card was very harsh and the ‘Dirty Leeds’ reputation went before them as the referee was quick to give O’Dea his marching orders. 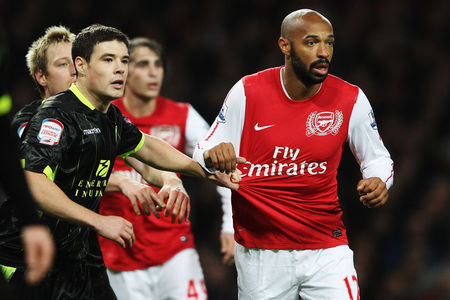 The final minutes were played out and the Seasiders had won themselves a vital three points in the race for the play-offs. United deserved to return to West Yorkshire with one point at the very least and probably would have done had it not been for a momentary lapse in concentration at the back. I don’t think you can fault the work ethic of the team tonight, they were all working hard for each other and put plenty of effort in. Unfortunately in many cases the skill factor just simply isn’t there and that’s where United are lacking at the moment. In my opinion, Bromby and O’Dea seemed in control at the back for large parts and but for a few shaky moments played well while Paul Robinson had a poor game.

I wouldn’t be looking to bring him to the club on a permanent basis during the summer and I would also be looking to let Danny Webber leave the club. He sometimes shows glimpses as if he is going to do something but then his final ball or shot on goal lets him down. I would go as far as saying he is allergic to hitting the target. It wasn’t Paynter’s night which was disappointing after his two goal haul on Saturday afternoon and Becchio didn’t make much of a difference following his introduction either. The Argentine also missed a good chance, heading over when he should have done better. Andy Lonergan had a better game between the sticks, making a number of impressive saves, particularly in the first half but he still fails to come out and collect the ball. He doesn’t make the defence at ease and I don’t think he is in charge in his box.

United had their day at the seaside and unfortunately couldn't get anything to show for it other than a stick of rock. Just two more games to play out and then the 2011-12 season will be all over. Roll on the summer.