Parker And Vayrynen The First To Leave

Share All sharing options for: Parker And Vayrynen The First To Leave

Ben Parker and Mika Vayrynen have become the first two players to depart Leeds United under Neil Warnock after their contracts were cancelled on Monday. With their contracts due to expire in the summer, Warnock has wasted no time in starting his rebuilding mission as he looks to shape Leeds United ready for a promotion charge next year.

Ben Parker came through the Leeds United academy and made his debut for the Whites back in 2006. Parker featured for Leeds on a regular basis during the 2008/9 season and some brilliant support play from the left back saw him tee up Luciano Becchio who duly scored against Millwall in the Play-off semi-final second leg to send Elland Road crazy. Just when Parker was making the left back slot his own, he suffered an injury setback which in truth he has never really recovered from. It was on the opening day of the 2009/10 season and since then Parker has only made a handful of appearances for the Whites including an appearance at the Emirates for the F.A cup clash with Arsenal last season.
Parker who has been out on loan to Bradford, Darlington and Carlisle during his time at Leeds made 54 appearances for the Elland Road club in total and following the departure of Jonny Howson in January became the club's longest serving player. He scored his only goal for the club in a 5-2 F.A Cup win at Northampton in a game which saw Jermaine Beckford bag a hat-trick for the Whites and will leave with the best wishes of everybody at the club as he looks to rebuild his career elsewhere. 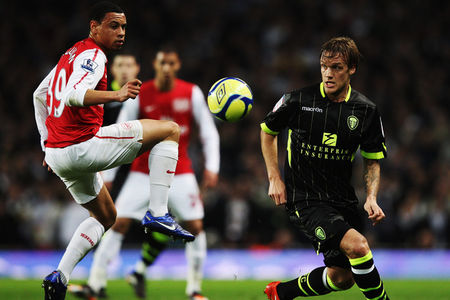 Mika Vayrynen on the other hand failed to make much of an impact at all in West Yorkshire. In his defence, he hasn't been given much of an opportunity starting only three games and making 12 appearances in total. Vayrynen joined the club from Heerenven and came to Elland Road with a great CV having also spent three years at PSV. The midfield player also had over 50 Finland caps to his name and many thought he was a good addition to the squad when Simon Grayson unveilved him back in September. I had hoped to see more of Vayrynen who hasn't featured since January against Arsenal as there must be more in his locker than what he showed the Leeds fans. Nevertheless it wasn't to be and the Neil Warnock revolution is well underway.

Hopefully it won't be long before both Ben Parker and Mika Vayrynen are back in football.